Acute otitis media definition – What is acute otitis media? Acute otitis media is a bacterial infection of the air-filled spaces in the temporal bone lined with mucus. Not only does pus form in the middle ear cleft, but it also forms in the mastoid air cells that have been inflated and at the top of the petrous bone.

What causes acute otitis media? Most cases of acute otitis media are caused by a viral upper respiratory tract infection that blocks the eustachian tube. This causes fluid and mucus to build up, which then gets contaminated by bacteria.

See also  Complications of Otitis Media in Adults and Children 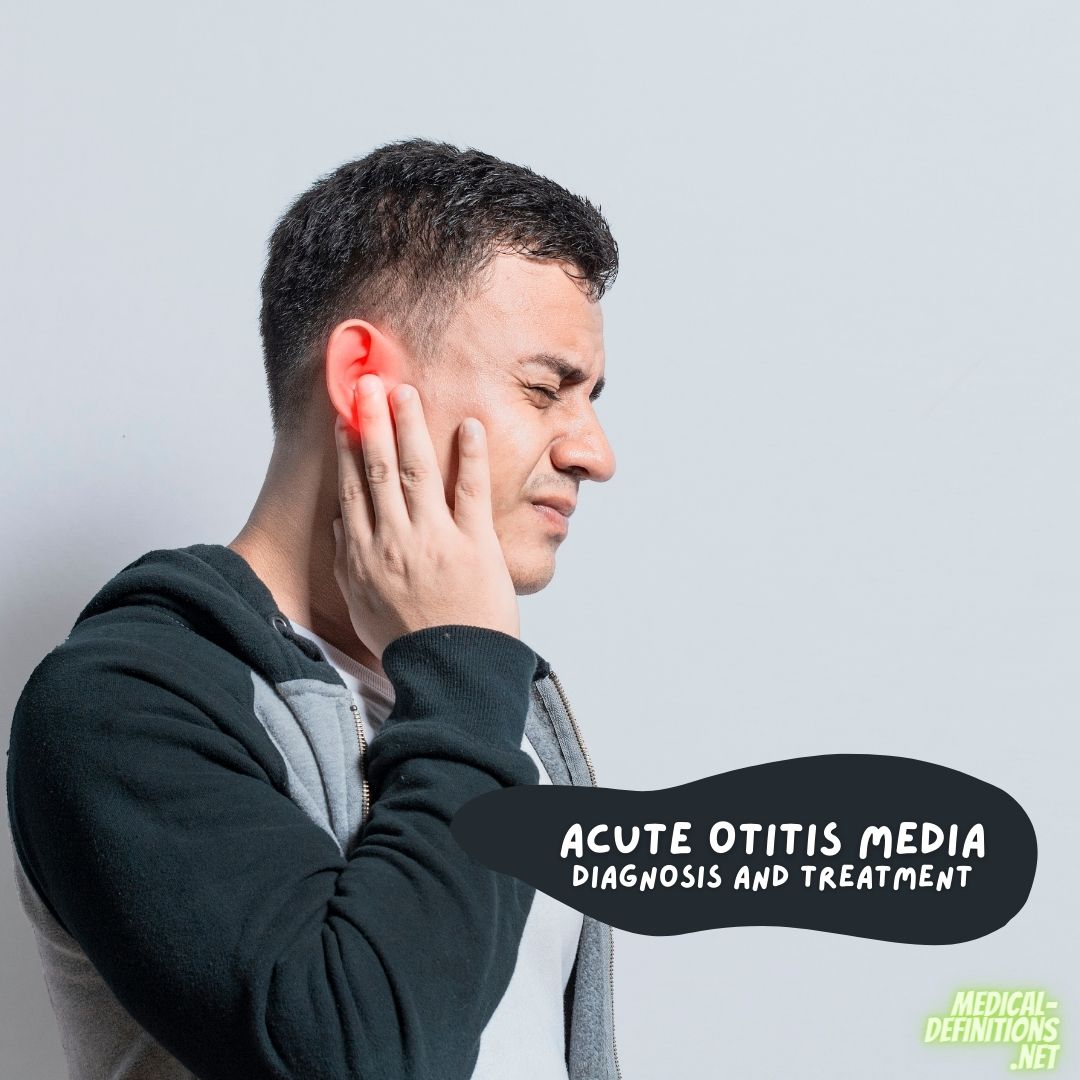 Signs and symptoms of acute otitis media – Anyone of any age can get acute otitis media. Symptoms and signs include ear pain, pressure in the ear, hearing loss, and often a fever. Usually, the tympanic membrane is red and doesn’t move as much as it should.

When the right treatment is given, the tympanic membrane usually heals independently. However, chronic otitis media can happen when perforation lasts long.

Mastoid pain is often caused by pus in the mastoid air cells, which happens when you have acute otitis media. This is not a sign of suppurative (surgical) mastoiditis by itself.

When there is a lot of swelling around the mastoid bone or cranial neuropathies or central findings are also present, this signifies a serious illness that needs to be treated immediately.

Any experienced doctor can do tympanocentesis to grow cultures of bacteria (both aerobic and anaerobic) and fungi. A 20-gauge spinal needle with a 90-degree bend at the hub is put through the lower part of the tympanic membrane and attached to a 3-mL syringe.

An assistant can draw out fluid without moving the needle by putting a flexible tube between the needle and the syringe.

Tympanocentesis is used to treat otitis media in people who don’t have strong immune systems or when an infection doesn’t go away after multiple rounds of antibiotics.

Surgical drainage of the middle ear, called a myringotomy, is only done on people with severe otitis or when otitis has led to complications like mastoiditis or meningitis.

Long-term antibiotic prophylaxis can be used to treat recurrent acute otitis media. For one to three months, single oral doses of 500 mg sulfamethoxazole or 250 mg or 500 mg amoxicillin are given. If this treatment doesn’t stop an infection, ventilating tubes must be put in.