There are several possible meanings for the abbreviation “AHRF” in a medical context. Some possible options could include the following: 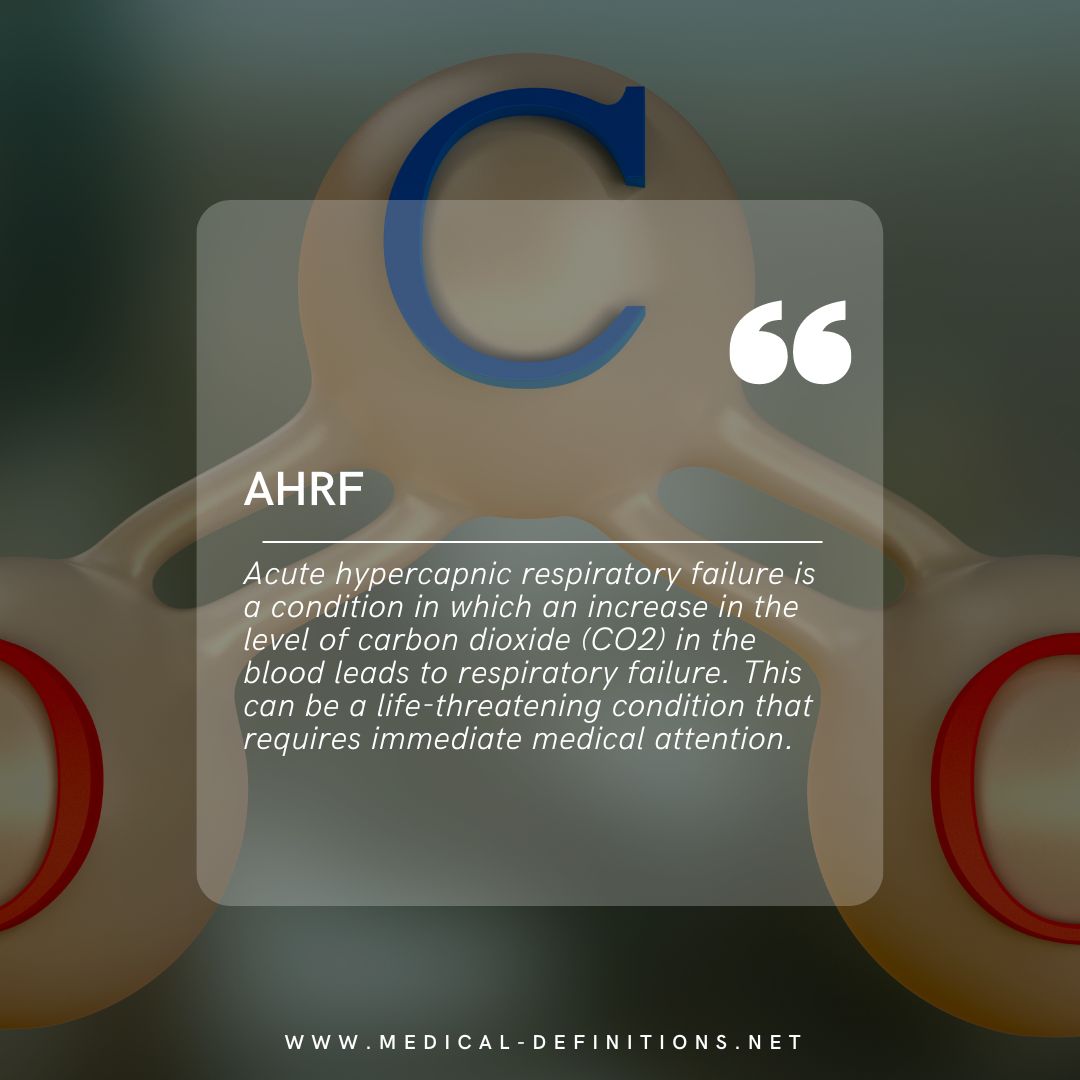 There are several causes of acute hypercapnic respiratory failure, including chronic obstructive pulmonary disease (COPD), asthma, pneumonia, and sleep apnea. It can also be caused by certain medications, such as sedatives and opioids, that can affect respiratory function.

Acute hypercapnic respiratory failure symptoms include shortness of breath, rapid breathing, fatigue, confusion, and a rapid heart rate. In severe cases, it can lead to coma and death.

Treatment of acute hypercapnic respiratory failure may include oxygen therapy, mechanical ventilation, and medications to improve respiratory function. In some cases, the underlying cause of the condition, such as COPD or asthma, may also need to be treated.

Getting vaccinated against respiratory infections and practicing good hygiene to prevent the spreading of infections is also important.

If you are experiencing shortness of breath or other symptoms of respiratory failure, it is important to seek medical attention immediately. Acute hypercapnic respiratory failure can be a life-threatening condition that requires prompt treatment.

Anti-hypertensive medications are used to treat high blood pressure or hypertension. This condition is characterized by consistently high force of blood against the artery walls and can lead to serious health problems like heart attack, stroke, and kidney damage if left untreated. These medications can be divided into several categories, including diuretics, beta-blockers, ACE inhibitors, and calcium channel blockers. They work to lower blood pressure through various mechanisms and may be used individually or in combination to effectively manage blood pressure.

Anti-hypertensive medications can affect renal function, as some of them may cause a decrease in blood flow to the kidneys. This can lead to a decline in renal function, which may manifest as increased creatinine levels in the blood. Creatinine is a waste product produced by muscle metabolism that is normally filtered out by the kidneys and excreted in the urine.

It is important to closely monitor renal function in patients taking anti-hypertensive medications, as a decline in renal function may require a change in treatment. This can be done through regular blood tests to measure creatinine levels and other tests such as urine tests and imaging studies.

The ICD-10 code for acute hypercapnic respiratory failure (AHRF) is J96.1. The ICD-10 (International Classification of Diseases, Tenth Edition) is a system healthcare providers use to classify and record diagnoses for insurance and research purposes.

Well, I hope you understand about AHRF medical abbreviation.