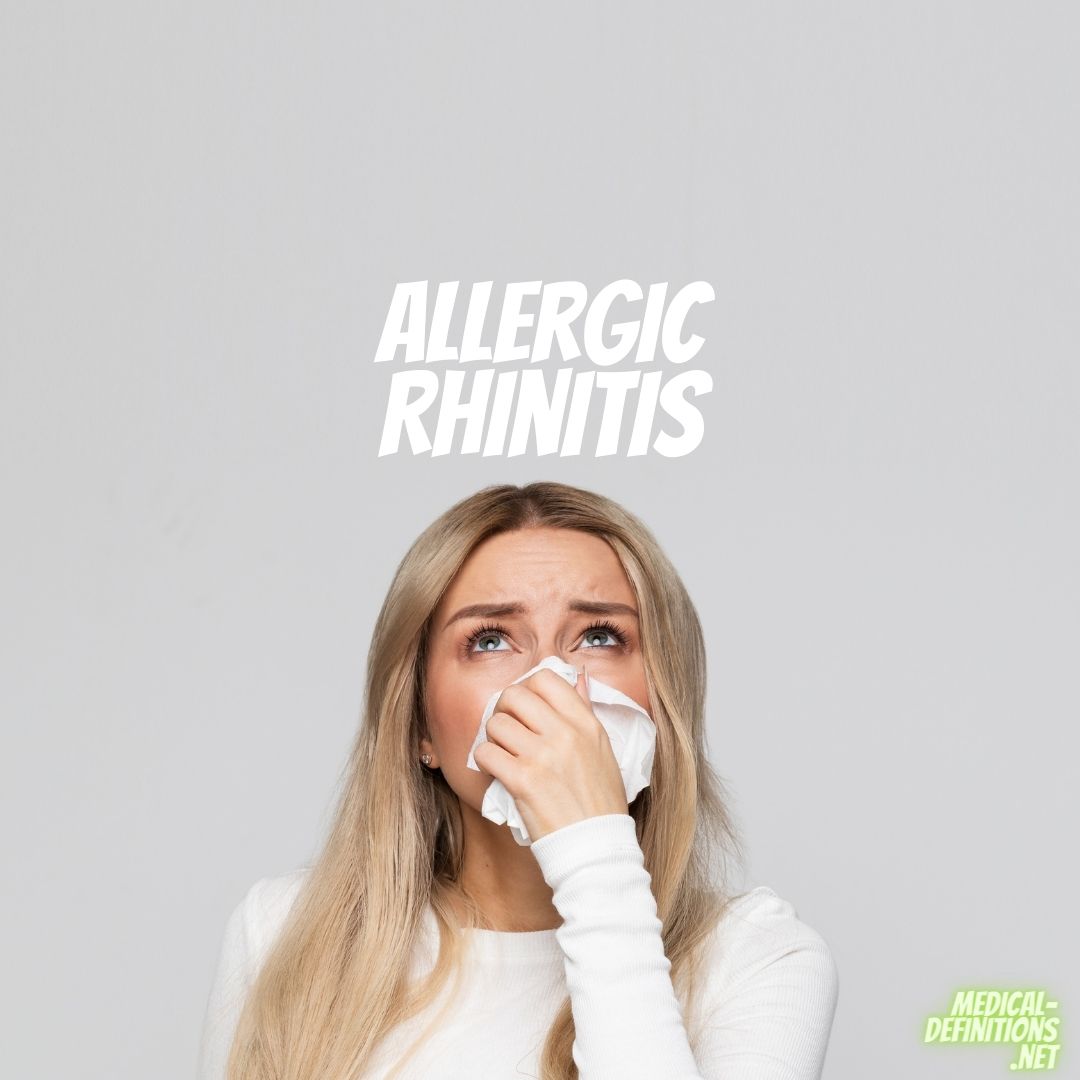 In the United States, allergic rhinitis is very common. Population studies show that 20–30% of adults and 40% of children have it. Allergic rhinitis makes it hard to do well in school and at work. It costs about $6 billion a year in the U.S. because of the direct costs of treatment and the indirect costs of not getting enough sleep, being tired, and not being as productive.

Climate change may affect allergic rhinitis, which is interesting because higher temperatures and more carbon dioxide cause ragweed plants to make more pollen. In addition, longer summers cause ragweed and other flowering weeds to make pollen for longer periods.

Dust, mites in the house, air pollution, and pet dander can cause symptoms that last all year. This is called “perennial rhinitis.”

Patients often say that their rhinorrhea is bothersome when exposed to things like warm or cold air, smells or scents, light, or small particles. However, there are other rhinitis types, such as gustatory, atrophic, and drug-induced rhinorrhea.

When you look at the turbinates, the mucosa is usually pale or purple because the veins are full. This is different from the redness that comes with viral rhinitis. Long-term allergic rhinitis is linked to nasal polyps and yellowish, swollen masses of hypertrophic mucosa.

Signs and symptoms of allergic rhinitis – Hay fever symptoms are similar to those of viral rhinitis but tend to last longer and may change with the seasons. Symptoms in the nose are often accompanied by eye irritation, itching, redness of the conjunctiva, and a lot of tears. Many people have a strong history of atopy or allergies in their family.

The doctor should be careful to tell allergic rhinitis apart from other types of rhinitis that are not caused by allergies. For example, vasomotor rhinitis, sometimes called “senile rhinitis” is a common cause of clear nasal discharge in older people. This is because a more sensitive vidian nerve causes it.

How to cure allergic rhinitis permanently at home? The most common way to treat allergic rhinitis is still with intranasal corticosteroid sprays. They work better and are often less expensive than non-sedating antihistamines. However, patients should be aware that it may take 2 or more weeks before they feel better.

Corticosteroid sprays may also shrink hypertrophic nasal mucosa and nasal polyps, improving the nasal airway and ostiomeatal drainage. Because of this effect, intranasal corticosteroids are very important for treating allergies in people who tend to get recurrent acute bacterial rhinosinusitis or chronic rhinosinusitis.

Antihistamines can stop many of the most bothersome symptoms of allergic rhinitis right away and for a short time.

Brompheniramine or chlorpheniramine (4 mg orally every 6–8 hours or 8–12 mg orally every 8–12 hours as a sustained-release tablet) and clemastine (1.34–2.68 mg orally twice daily) may be less expensive, but they tend to make people sleepy. The safety and effectiveness of the newer, less sedating antihistamines are so strong that one of them, the H-receptor antagonist nasal spray azelastine (1-2 sprays per nostril daily), is now included in the treatment guidelines of many consensus statements. However, some patients don’t like its bitter taste.

Oral antihistamines have other side effects besides drowsiness, such as dry mouth and antihistamine tolerance (with the eventual return of allergy symptoms despite initial benefit after several months of use). However, symptoms can be kept under control in these people, who usually have a long-term allergy, by switching between effective antihistamines from time to time.

Cromolyn sodium and sodium nedocromil may help with allergic rhinitis when used together with other medicines. They work by keeping mast cells stable and stopping the release of proinflammatory mediators. As topical medicines, they don’t have many side effects. Still, they must be started long before allergen exposure (up to 4 weeks before). The most useful kind of cromolyn is probably the eye medicine that is put into the nose in drops. Intranasal cromolyn is quickly cleared out of the body. However, it must be given four times a day to keep relieving symptoms.

In practice, it doesn’t work nearly as well as the corticosteroid that you breathe in.

Intranasal anticholinergic agents, like ipratropium bromide 0.03% or 0.06% sprays (42–84 mcg per nostril three times a day), may be helpful when rhinorrhea is the main symptom. They don’t work as well for treating allergic rhinitis, but they are better at helping with vasomotor rhinitis.

The best way to eliminate allergic rhinitis symptoms is to avoid or limit exposure to allergens in the air. Depending on what causes the allergy, this can be very hard. Maintaining an allergen-free environment by putting plastic covers on pillows and mattresses, using synthetic materials (foam mattress, acrylics) instead of animal products (wool, horsehair), and getting rid of things that collect dust (carpets, drapes, bedspreads, wicker) is worth trying to help more people who are having trouble. Air purifiers and dust filters may also help keep allergens out of the air.

Nasal saline irrigations are a good way to flush allergens out of the nasal cavity and help treat allergic rhinitis. When symptoms are very bothersome, it may help to look for the allergens causing them. An allergist can do this with a serum radioallergosorbent test (RAST) or a skin test.

Some people with allergic rhinitis don’t get enough relief from medicine and avoid triggers. Often, these patients have a strong history of atopy in their families. They may also have lower respiratory symptoms, such as allergic asthma.

It might be best to send them to an allergist for immunotherapy. For this kind of treatment, the allergens causing the problem must be correctly identified, the doses of the allergen(s) must be increased over time, and a maintenance dose must be given every 3–5 years.

I hope you understand allergic rhinitis diagnosis and treatment guidelines.