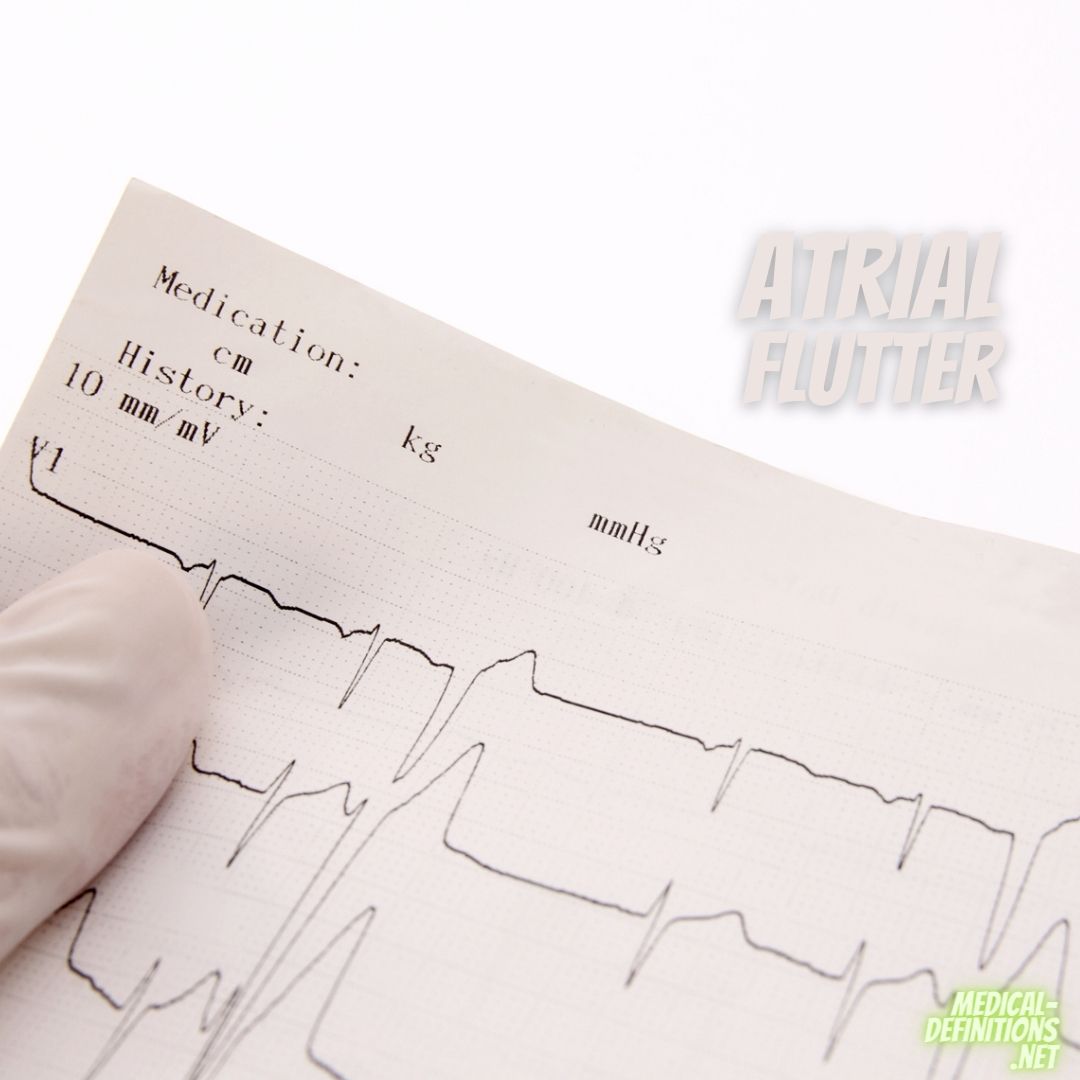 Patients usually complain of heart palpitations, fatigue, or mild dizziness when they visit the doctor. However, suppose the arrhythmia goes unnoticed for a long time. In that case, the patient may show signs and symptoms of heart failure, such as shortness of breath, inability to exercise, and swelling, due to tachycardia-induced cardiomyopathy.

In the inferior leads of an ECG, atrial activity usually looks like a “sawtooth” (II, III, and AVF). The reentrant circuit makes the atria beat 250–350 times per minute. Every second, third, or fourth impulse is sent to the ventricles through the AV node.

Agents used to control atrial fibrillation are also used to control the rate of the ventricles, but it is usually harder to do. Changing atrial flutter to sinus rhythm with class I antiarrhythmic agents is also hard to do, and taking these drugs has been linked to a slowing of the atrial flutter rate to the point where 1:1 AV conduction can happen at rates higher than 200 beats per minute, leading to a collapse of the heart’s ability to pump blood. Ibutilide, a class III antiarrhythmic drug given through an IV, has been much more effective at stopping atrial flutter.

About 50–70% of patients return to sinus rhythm within 60–90 minutes after 1-2 mg of this agent is given through an IV. Electrical cardioversion is also very effective for atrial flutter, with about 90% of patients converting after synchronized shocks of as little as 25-50 J.

Even though the way the atrial contractile function is set up in this arrhythmia may protect against thrombus formation, the risk of thromboembolism is the same as with atrial fibrillation because these two arrhythmias often occur together.

Anticoagulation is not needed before cardioversion for atrial flutter that has been going on for less than 48 hours unless there is mitral valve disease. As with atrial fibrillation, anticoagulation should be kept up for at least 4 weeks after electrical or chemical cardioversion and on a long-term basis in patients with risk factors for thromboembolism.

All people with atrial flutter should be sent to a cardiologist or cardiac electrophysiologist so that catheter ablation can be considered a permanent treatment.

I hope you understand atrial flutter symptoms and treatment guidelines.