How serious is a first-degree AV block? How to treat AV block? Let’s find out about AV block symptoms and treatment!

AV block meaning: What is AV block? AV block is when impulses aren’t sent from the atria to the ventricles, either partially or completely. 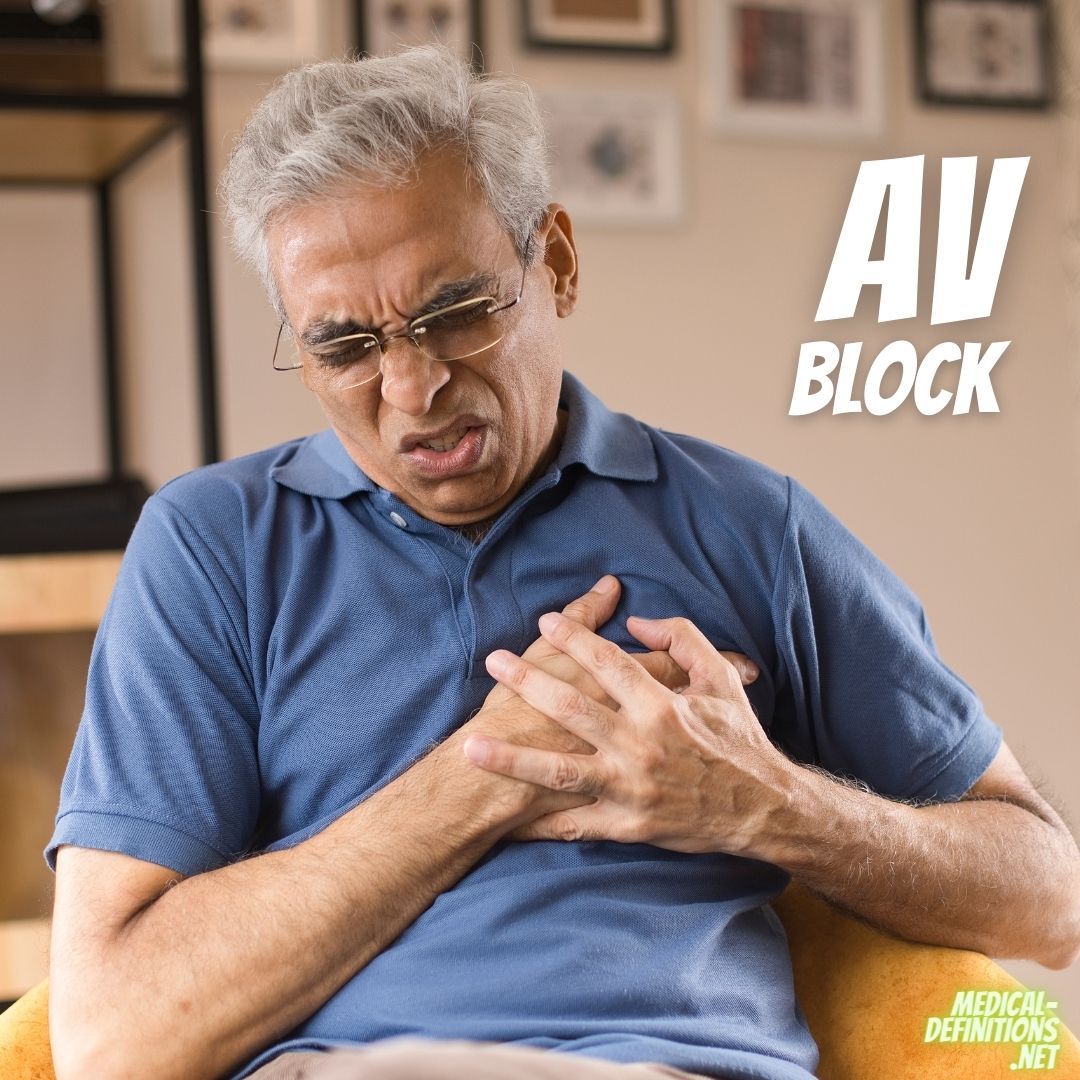 What causes AV block? What is the most common cause of AV block? Most AV block cases are caused by heart changes that happen over time, like fibrosis, calcification, or infiltration.

AV block can be normal (caused by increased vagal tone) or abnormal (caused by a disease) (due to underlying heart disease such as ischemia, myocarditis, fibrosis of the conduction system, or after cardiac surgery). In addition, AV block can be first-degree (PR interval is more than 200 msec, and all atrial impulses are conducted), second-degree (intermittently blocked beats), or third-degree (completely blocked beats) (complete heart block, in which no atrial impulses are conducted to the ventricles).

When an intrinsic ventricular pacemaker (accelerated idioventricular rhythm, ventricular premature beats, or ventricular tachycardia) fires at a rate faster than or close to the sinus rate, atrial impulses arrive at the AV node when it is refractory and may not be conducted. This doesn’t always mean that there is an AV block. No treatment is needed besides taking care of the arrhythmia causing the problem.

First-degree and Mobitz type I blocks are usually harmless and don’t cause many symptoms. This kind of physiological block normally happens when the parasympathetic output goes up. This often happens when people sleep, when their carotid sinuses are massaged, or when they are very fit. It can also be a side effect of some medicines (calcium channel blockers, beta-blockers, digitalis, or antiarrhythmics).

Pathologic causes should be ruled out, such as myocardial ischemia or infarction (which we already talked about), inflammatory processes (like Lyme disease), fibrosis, calcification, or infiltration (like amyloidosis or sarcoidosis).

With complete heart block, no impulses from the atria reach the ventricle. The ventricular escape rate is usually slow (less than 50 beats per minute), and the severity of symptoms depends on how fast and stable the escape rhythm is. For AV block that isn’t as severe, pathological causes should be considered.

Intraventricular conduction block is fairly common and can be either temporary (caused by a fast heart rate) or permanent. People with structurally normal hearts often have a right bundle branch block. The left bundle comprises two parts: the anterior and posterior fascicles. Left bundle branch block is often a sign of underlying cardiac diseases, such as ischemic heart disease, inflammatory or infiltrative disease, cardiomyopathy, and valvular heart disease.

In asymptomatic patients with bifascicular block, which is a block in two of the three infranodal components (the right bundle, the left anterior fascicle, and the left posterior fascicle), the chance of occult complete heart block or progression to it is low (1% per year).

Treatment of AV block – What is the best treatment for AV block?

Patients with first- or second-degree Mobitz type I AV block who have no symptoms do not need special treatment. Patients should get treatment for any cause that might be fixable (i.e., myocardial ischemia or medication effect).

Patients with symptoms and any level of heart block should be treated quickly with atropine (0.5 mg given intravenously as the first dose) or temporary pacing (transcutaneous or transvenous). Permanent pacing is used when there are symptoms of bradyarrhythmias with any degree of AV block or high-degree AV block (second-degree Mobitz type II or third-degree heart block) that a reversible or physiological cause can’t explain.

Patients who are thought to have cardiac syncope but have normal heart rates and rhythms but bifascicular or trifascicular block on an ECG should also be considered for permanent pacing.

I hope you understand AV block symptoms and treatment guidelines.