Epistaxis Diagnosis and Treatment at Home

How to manage epistaxis at home? How to treat epistaxis? Let’s find out about epistaxis diagnosis and treatment!

Epistaxis definition: What is epistaxis? Epistaxis is when blood comes out of your nose. In the primary care setting, epistaxis is a very common problem. It’s more commonly known as a nosebleed. Most bleeding happens in the anterior septum, where veins come together to form a superficial venous plexus (Kiesselbach plexus). 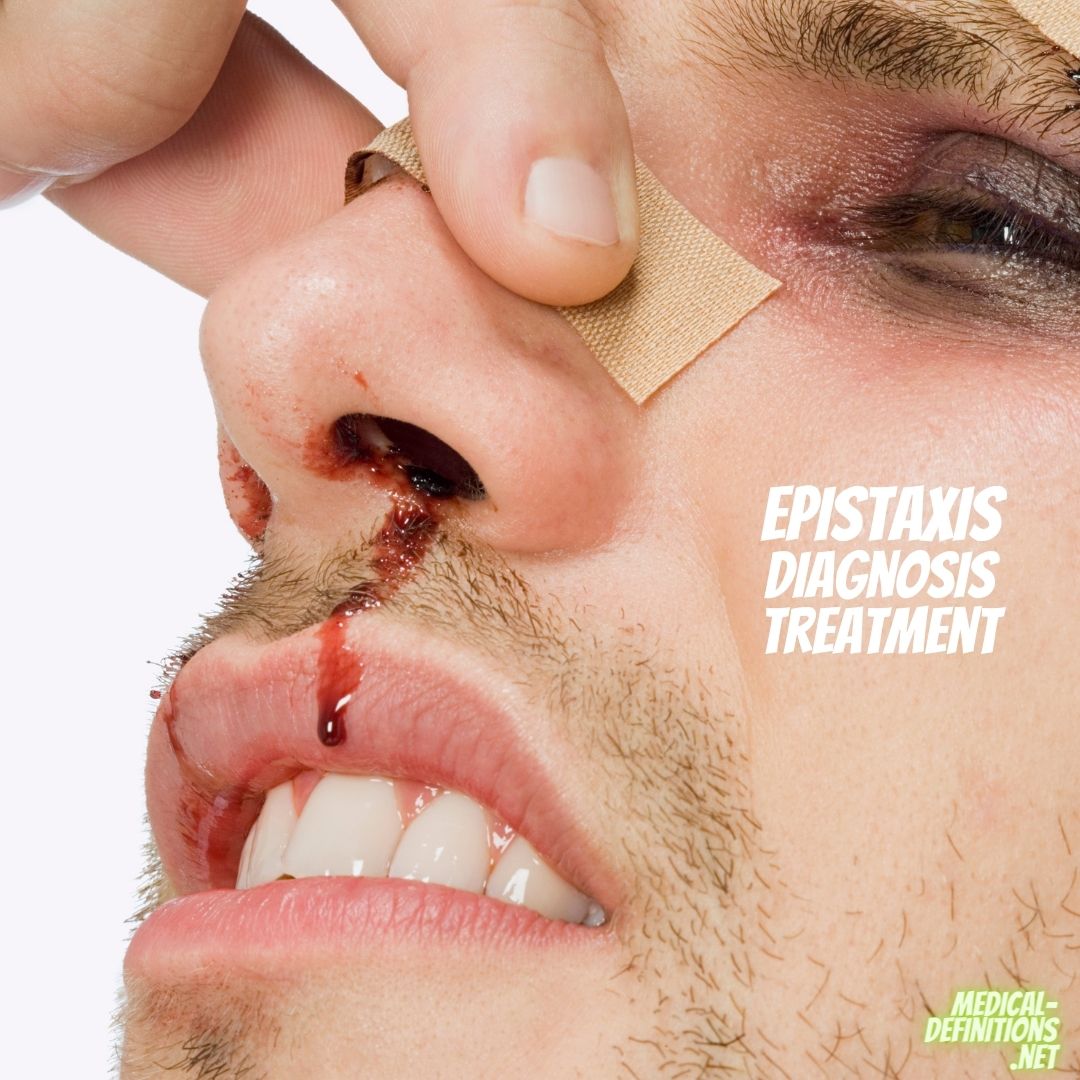 Epistaxis is linked to high blood pressure that isn’t well controlled. Medications that stop blood from clotting or stop platelets from sticking together may be linked to a higher recurrence rate and make it harder to control, but they do not cause epistaxis.

Signs and symptoms of epistaxis

When epistaxis happens more than once, it may be important to check how much blood is lost in the lab. In addition, once the acute episode is over, the nose and paranasal sinuses should be carefully checked to rule out cancer and hereditary hemorrhagic telangiectasia.

After stopping the bleeding and taking out any packing, the patient should be checked again to see if they have clinically significant high blood pressure and how to treat it.

Epistaxis Treatment and Management at Home

Treatment of epistaxis – How to stop epistaxis at home? What is the best treatment for epistaxis? Most cases of anterior epistaxis can be treated successfully by putting direct pressure on the area by holding the nose closed for 15 minutes.

When you sit, the pressure in your veins goes down, and a slight forward lean reduces the amount of blood you swallow. Vasoconstrictors like phenylephrine, which comes in a 0.125-1% solution and is sprayed into the nose once or twice, may also help.

When the bleeding doesn’t stop easily, the nose should be looked at with good lighting and suction to find where the bleeding is coming from. When 4% cocaine is put on the skin as a spray or a cotton strip, it works as both a painkiller and a blood vessel narrower. If cocaine isn’t available, a topical decongestant (like oxymetazoline) or a topical anesthetic (like tetracaine or lidocaine) can do the same.

When the bleeding can be seen, silver nitrate, diathermy, or electrocautery can be used to stop it. A moisture barrier like a petroleum-based ointment or an extra patch of Surgicel or Gelfoam may help keep the wound from drying out and crusting over. Warfarin can still be taken if the bleeding is under control, but resorbable packing may be better for these patients.

Sometimes a place where someone is bleeding can’t be reached directly, or attempts to control it fail. In this kind of situation, you can do several things. When the bleeding is in the front of the nose, a hemostatic sealant, pneumatic or another nasal tamponade, or an anterior packing may be enough. An anterior packing can be done by placing several feet of lubricated iodoform packing on the floor of the nose and then on the roof of the nose.

About 5% of nosebleeds start in the back of the nose. This is often caused by atherosclerosis or high blood pressure. In this case, you may need to see an otolaryngologist get a pack to block the choana before putting a pack on the front of the head. Double balloon packs (Epistat) in an emergency may help stop bleeding quickly with little or no damage to the mucosa.

Because this kind of packing is uncomfortable, bleeding may continue, and vasovagal syncope is possible, it is best to stay in the hospital to be watched and stabilized. In addition, posterior nasal packing is very painful and may need an opioid pain reliever to help with the pain.

When direct pressure and nasal packing don’t work, surgery to tie off the blood supply to the nose (maxillary artery and ethmoid artery) is needed to treat epistaxis. Endoscopic sphenopalatine artery ligation is the most common surgery to treat this condition.

Studies have shown that this method works between 73% and 100% of the time. However, it may not catch bleeds caused by the ethmoid arterial supply. On the other hand, endovascular epistaxis control is very effective (75–92%). It can stop bleeding from any source in the nose except the anterior ethmoid artery. Because it increases the risk of stroke by 1.1% to 1.5%, it may only be used when surgery fails.

After the epistaxis is taken care of, the patient should not strain or do vigorous exercise for a few days. In addition, a lot of nasal salines should be put on the packing to keep it from drying. It’s also best to stay away from hot or spicy foods and tobacco, which can cause the blood vessels in the nose to widen.

Nose picking and other things that hurt the nose should be avoided. Lubrication with petroleum jelly or bacitracin ointment and making the house more humid may also help. Lastly, antistaphylococcal antibiotics (like cephalexin, 500 mg orally four times a day, or clindamycin, 150 mg orally four times a day) are recommended to lower the risk of toxic shock syndrome while the packing is still in place (at least five days).

I hope you understand epistaxis diagnosis and treatment guidelines in adults and children.