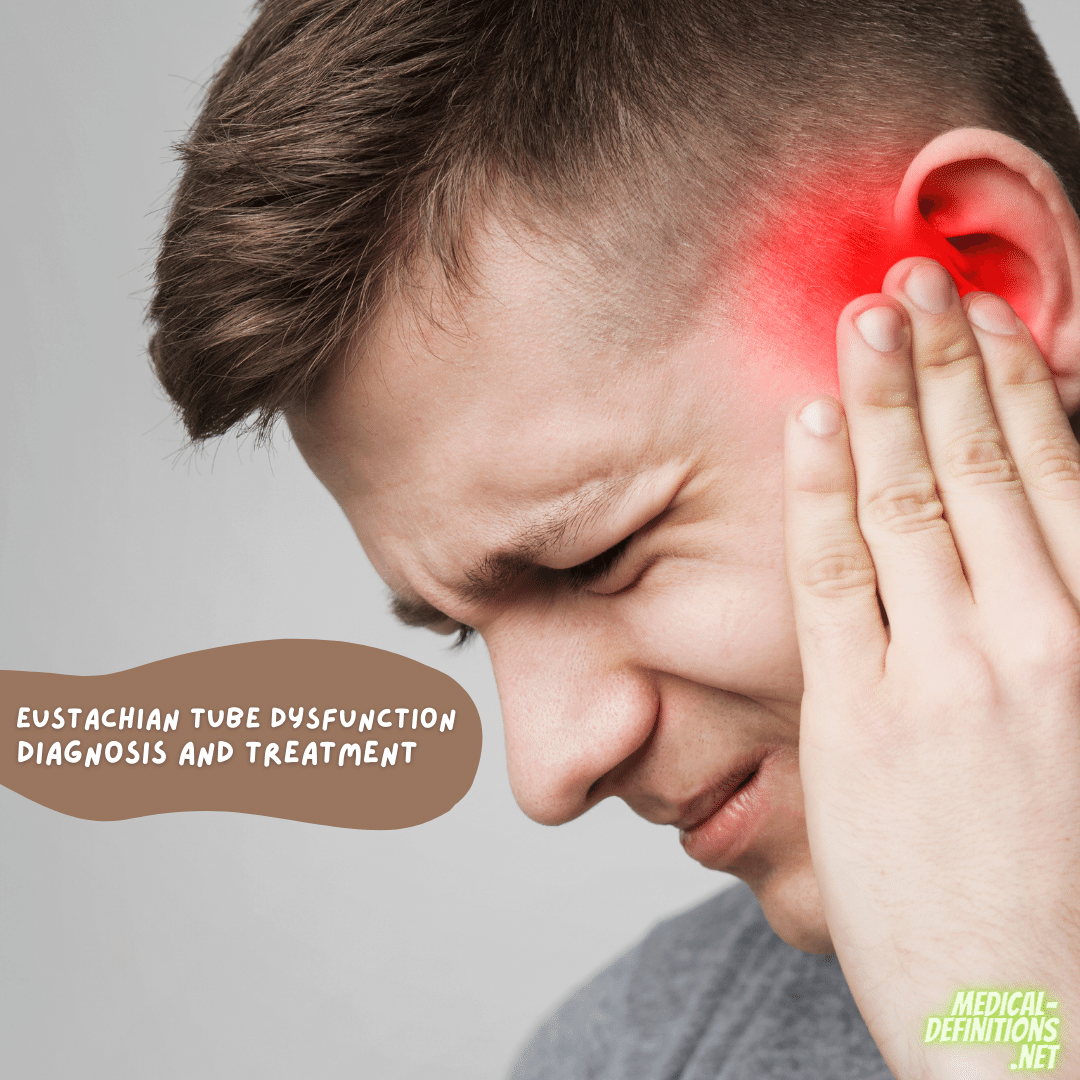 Signs and symptoms of eustachian tube dysfunction: The patient usually reports a sense of fullness in the ear and mild to moderate hearing impairment. When the tube is only partially blocked, swallowing or yawning may elicit a popping or crackling sound.

The examination may reveal retraction of the tympanic membrane and decreased mobility on pneumatic otoscopy.

Treatment of eustachian tube dysfunction – What is the best treatment for eustachian tube dysfunction? This disorder is usually temporary and lasts a few days to a few weeks. However, treatment with systemic and intranasal decongestants (like pseudoephedrine, 60 mg orally every 4-6 hours or oxymetazoline, 0.05% spray every 8-12 hours) and autoinflation (forced exhalation against closed nostrils) may bring relief faster.

Autoinflation shouldn’t be recommended to people with an active intranasal infection since this move could cause a middle ear infection. Intranasal corticosteroids may also be helpful for people who have allergies (e.g., beclomethasone dipropionate, two sprays in each nostril twice daily for 2-6 weeks).

Air travel, rapid changes in altitude, and underwater diving should be avoided until the problem is solved. On the other hand, an overly open eustachian tube (called a “patulous eustachian tube”) is a relatively rare but very upsetting problem. Typical complaints include a full feeling in the ear and autophony, which is the ability to hear oneself breathe and talk too clearly. A patulous eustachian tube can happen when a person loses weight quickly or for no known reason.

In contrast to eustachian tube dysfunction, ear pressure is often made worse by exertion and may get better when you have an upper respiratory tract infection. Even though a physical exam is usually fine, respiratory excursions of the tympanic membrane may sometimes be seen when a person is breathing hard.

I hope you understand about eustachian tube dysfunction diagnosis and treatment guidelines.