Now we will discuss about external otitis diagnosis and treatment.

What causes otitis externa? Most cases of external otitis are caused by gram-negative rods (like Pseudomonas and Proteus) or fungi (like Aspergillus) that grow when there is too much moisture.

When a person with diabetes or a weak immune system has persistent external otitis, it can turn into osteomyelitis of the skull base (so-called malignant external otitis). Osteomyelitis is usually caused by Pseudomonas aeruginosa and starts on the floor of the ear canal. It can spread to the floor of the middle fossa, the clivus, and even the opposite side of the skull base. 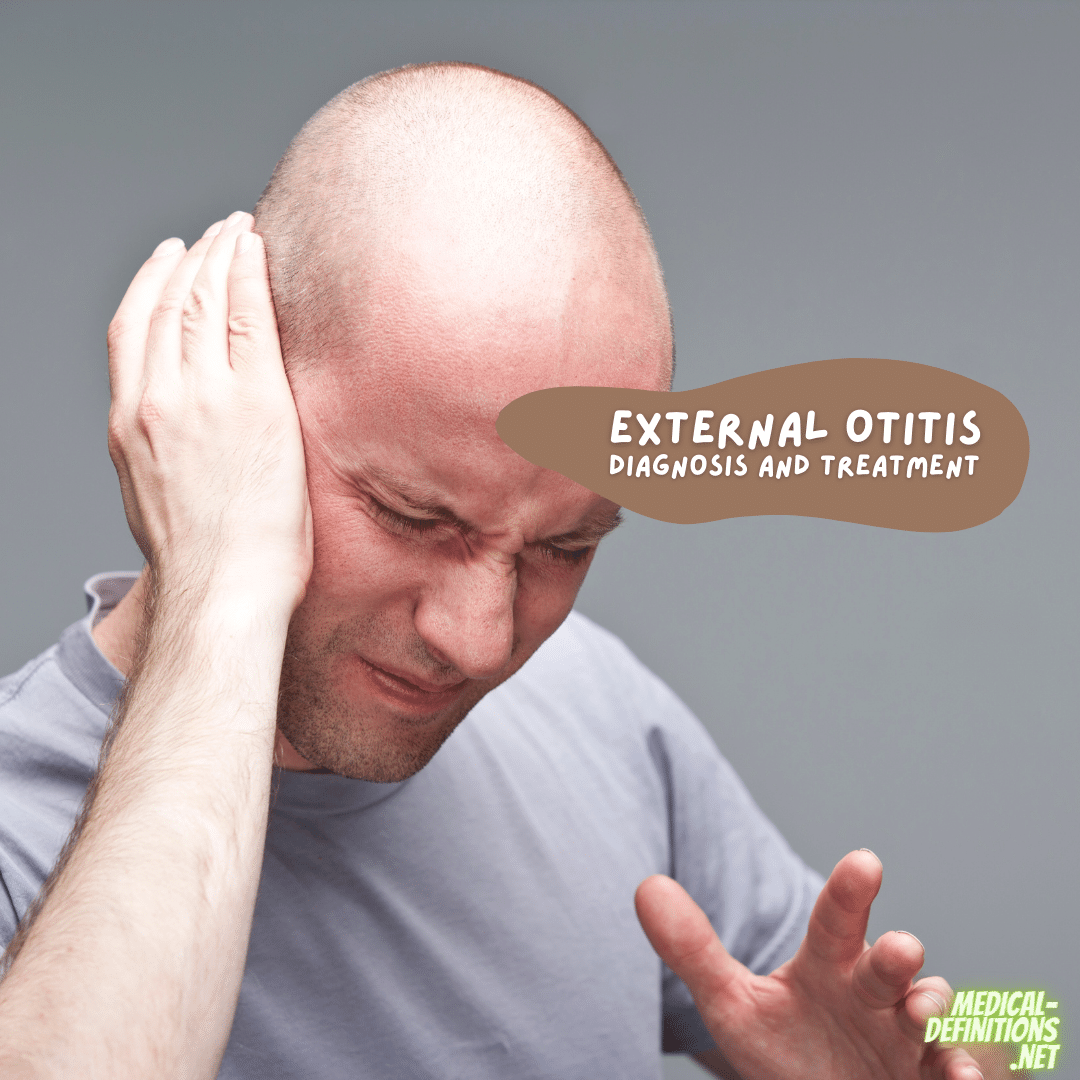 Signs and symptoms of otitis externa – On examination, the skin of the ear canal is red and swollen, and there is often a purulent discharge. Putting pressure on the auricle causes pain. Because the side of the tympanic membrane is made of ear canal skin, it is often red. In contrast to acute otitis media, it usually moves with pneumatic otoscopy.

When the canal skin is very swollen, it may be impossible to see the tympanic membrane. A persistent, smelly ear discharge usually marks malignant external otitis, granulations in the ear canal, deep otalgia, and, in advanced cases, progressive paralysis of cranial nerves VI, VII, IX, X, XI, or XII. On CT scanning, osseous erosion is a sure sign of the diagnosis.

When moisture is in the ear, like with a swimmer’s ear, acidification with a drying agent (like a 50/50 mix of isopropyl alcohol and white vinegar) is often helpful. When infected, an aminoglycoside (like neomycin/polymyxin B) or a fluoroquinolone (like ciprofloxacin) antibiotic solution or suspension, with or without a corticosteroid (like hydrocortisone), is usually effective.

If there is pus in the ear canal, it should be gently cleaned out so the topical medicine can get in. Drops should be used large amounts (five or more drops three or four times a day) to get into the canal’s depths.

When swelling of the canal wall makes it hard for drops to get into the ear canal, a wick is used to help them get in. Because they are effective against Pseudomonas, oral fluoroquinolones (like ciprofloxacin, 500 mg twice a week) are used in hard-to-treat cases, especially when periauricular cellulitis has set in.

Any persistent otitis externa in a person with a weak immune system or diabetes must be sent to a specialist for evaluation. Malignant external otitis must be treated with antipseudomonal antibiotics for a long time, often for a few months.

See also  Complications of Otitis Media in Adults and Children

Even though intravenous therapy is often needed at first (for example, 200–400 mg of ciprofloxacin every 12 hours), some patients can be switched to oral ciprofloxacin (500–1000 mg twice a day) to avoid relapse. Antibiotic therapy should be continued, even if the patient has no symptoms until gallium scanning shows that the inflammation has decreased or gone away.

Infected bone is only cleaned out by surgery if it keeps getting worse despite medical treatment.

I hope you understand external otitis diagnosis and treatment guidelines.