Here are a few possibilities for what HDS could stand for: 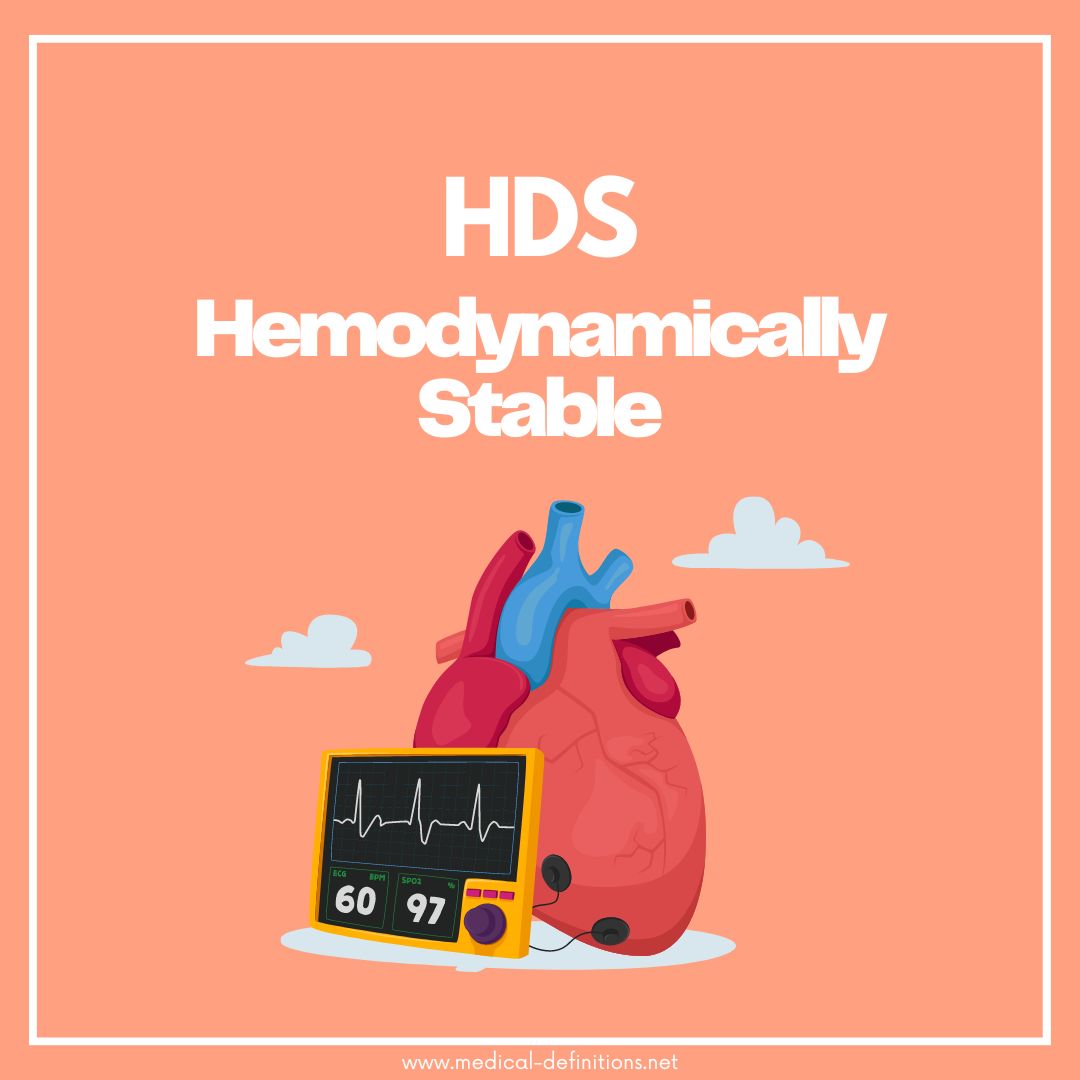 Hemodynamically stable patients have a better chance of recovery and a lower risk of complications than those who are not. This is why hemodynamic stability is often considered a key indicator of a patient’s overall health and well-being.

Several factors can contribute to a patient’s hemodynamic stability, including the patient’s overall health, underlying medical conditions, and response to treatment. Some of the most common causes of hemodynamic instability include heart failure, sepsis, and trauma.

To assess a patient’s hemodynamic stability, healthcare professionals will often take vital signs, such as blood pressure and heart rate, and look for signs of shock, such as cool extremities, decreased urine output, and changes in mental status. They will also use various diagnostic tests, such as an electrocardiogram (ECG), to evaluate the patient’s cardiovascular function.

Treatment for hemodynamic instability will vary depending on the underlying cause. For example, if the patient is experiencing heart failure, they may be given medications to improve heart function and reduce fluid buildup in the body. If the patient is in shock, they may be given fluids and/or blood products to increase blood flow and oxygen delivery to the body’s vital organs.

Herniated disc syndrome (HDS) is a condition in which the center of a spinal disc, known as the nucleus pulposus, breaks through the outer ring of the disc, called the annulus fibrosus, and puts pressure on a nearby nerve. This can lead to symptoms such as pain, numbness, tingling, and weakness in the affected body area. The location of the herniated disc can determine where the symptoms will be felt, such as the neck, mid-back, or lower back. 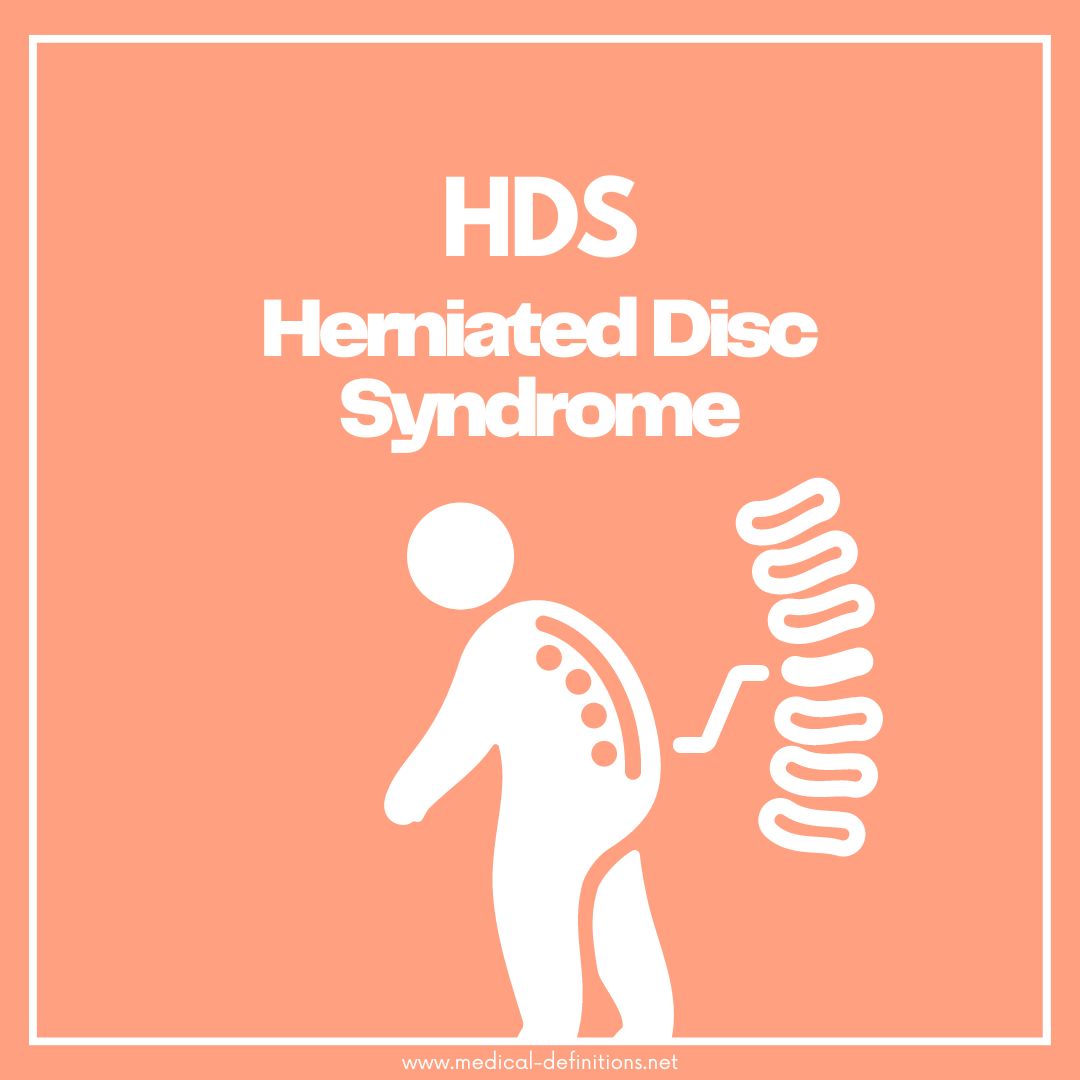 There are several causes of HDS, including:

Symptoms of HDS can range from mild to severe and can be treated with a variety of methods, including:

The Hamilton Depression Scale (HDS or HAM-D) is a widely used tool to measure the severity of depression symptoms in individuals. It was first published in 1960 by Dr. Max Hamilton, and it consists of 17 items, each rated on a scale of 0 to 2 or 0 to 4, depending on the specific question, for a total possible score of 0 to 52. Each item measures a specific symptom of depression, such as feelings of guilt, insomnia, and weight loss.

The HDS is a clinician-administered tool that takes around 15-20 minutes to complete. It is commonly used in psychiatric research and clinical practice to evaluate the effectiveness of different treatments for depression, such as antidepressant medication and psychotherapy.

The HDS is widely used in research and clinical practice for its validity and reliability; it has been translated into many languages and used in many cultures worldwide.

Health Data Services (HDS) refers to collecting, storing, and analysis of health-related data. It is a crucial component of modern healthcare, as it enables providers to make more informed decisions, improve patient outcomes, and increase efficiency in care delivery. 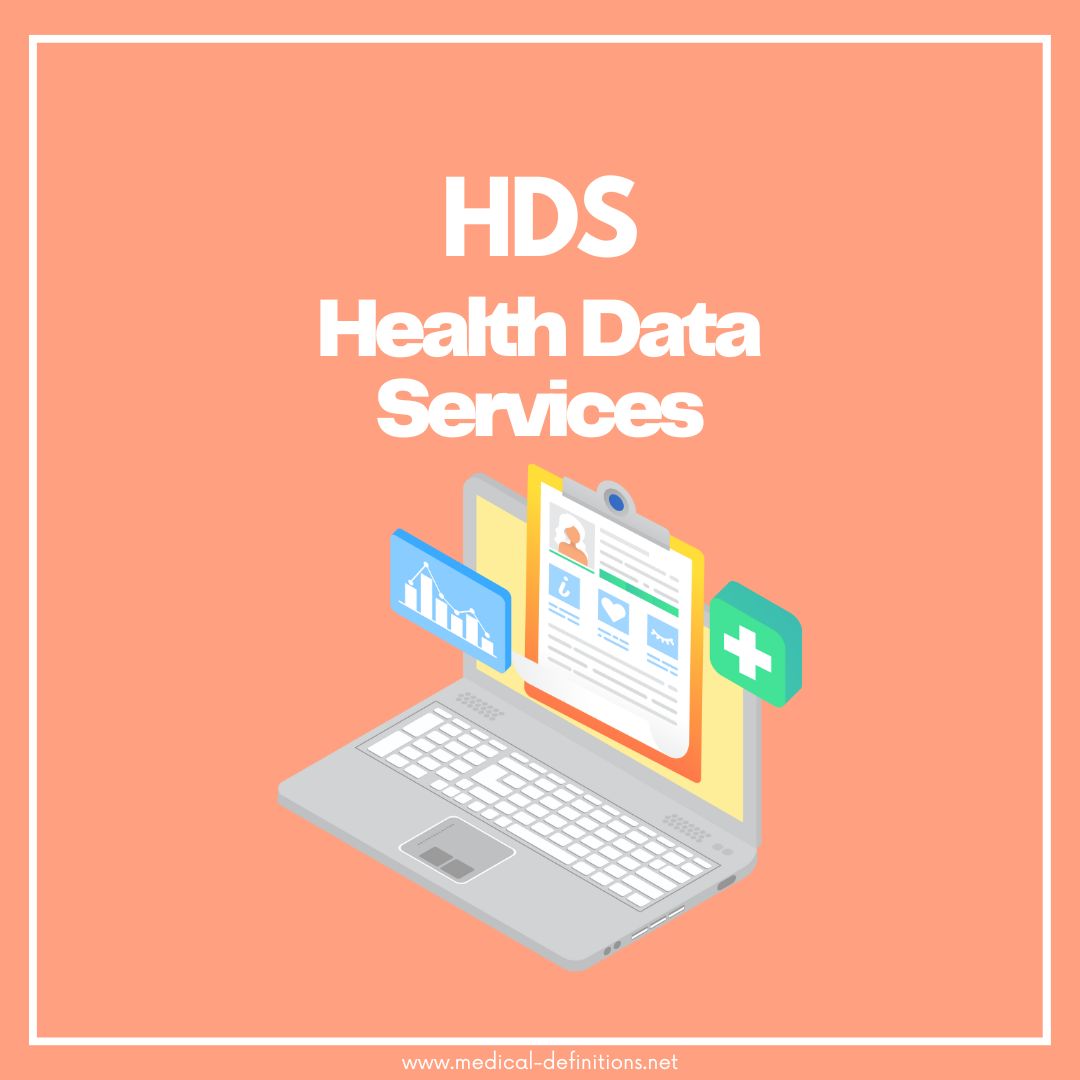 The data collected by HDS can come from various sources, including electronic health records (EHRs), medical devices, and patient-generated data. This data can then identify trends and patterns, such as population health risks and common causes of hospital readmissions.

One key aspect of HDS is the use of analytics to extract insights from the data. This can include identifying patients at high risk for certain conditions identifying trends in patient outcomes, and predicting future health risks. By using these insights, healthcare providers can make more informed decisions about allocating resources, improving patient care, and ultimately improving overall health outcomes.

One example of how HDS is used in the healthcare industry is population health management. By analyzing large amounts of data from various sources, healthcare providers can identify individuals at high risk for certain conditions and target interventions for those individuals. This can include everything from offering preventative screenings to providing education and support to help individuals manage their health.

Another example of how HDS can be used is in the area of precision medicine. By analyzing data from multiple sources, researchers can identify genetic and environmental factors contributing to an individual’s risk for certain diseases. This can help healthcare providers develop more personalized treatment plans, improving patient outcomes and reducing healthcare costs.

HDS also plays a critical role in the area of public health. By analyzing data on a population level, public health officials can identify trends and patterns that can help them to plan for and respond to public health emergencies.

The HIV Dementia Scale (HDS) is a tool used to measure the severity of cognitive impairment in individuals living with HIV. It is specifically designed to assess the cognitive symptoms associated with HIV-associated neurocognitive disorder (HAND), a common complication of HIV infection.

The HDS consists of questions and tasks that assess different cognitive domains, such as memory, attention, language, and executive function. It can be completed in about 30 minutes and is typically administered by a healthcare professional, such as a neurologist or neuropsychologist.

The HDS provides a score that ranges from 0 to 30, with higher scores indicating more severe cognitive impairment. The scale is divided into three stages:

Well, I hope you understand about HDS medical abbreviation meaning.