Here are a few common medical abbreviations that start with IMA:

The inferior mesenteric artery (IMA) is a branch of the abdominal aorta, the main artery in the abdomen. It supplies blood to the lower colon, rectum, and anus. 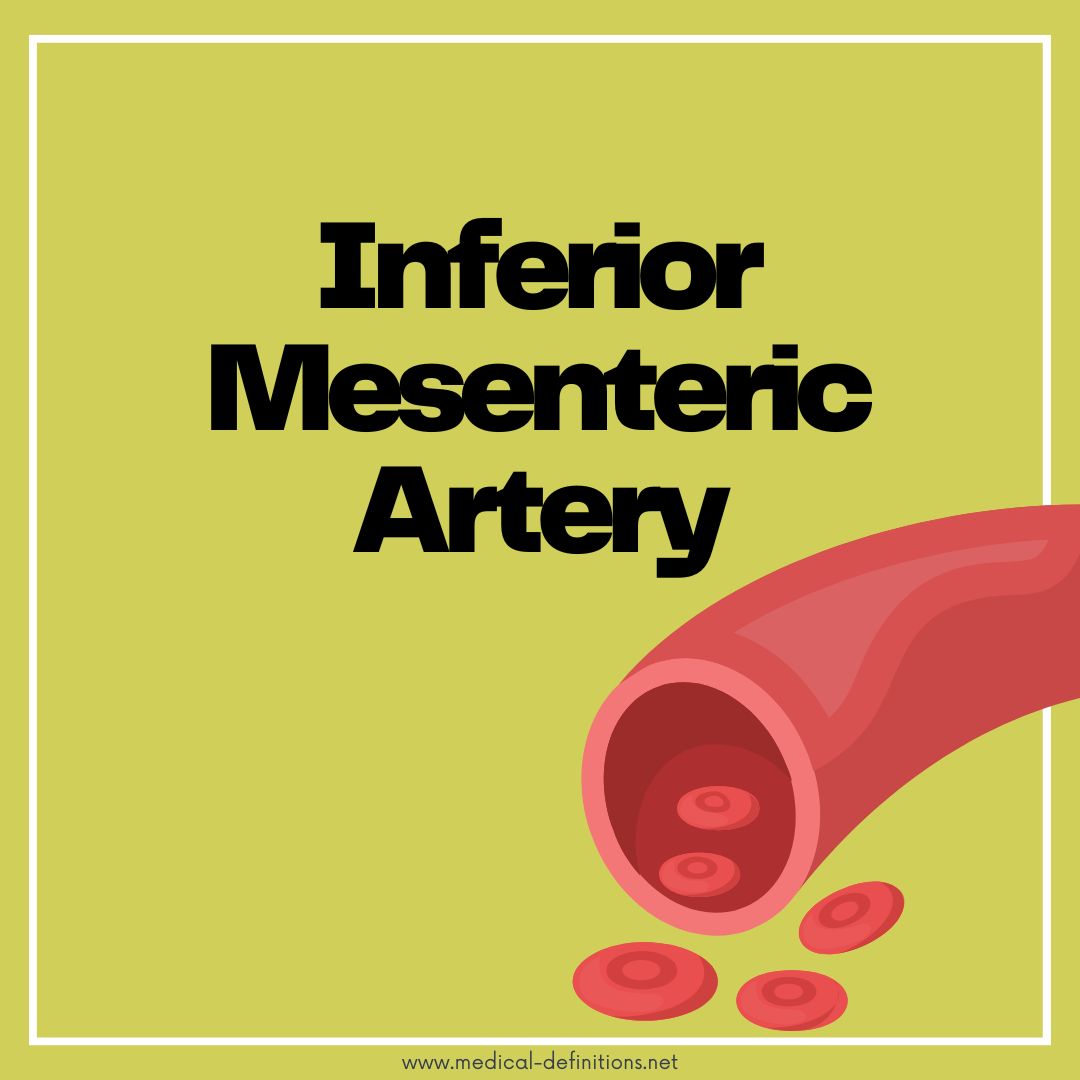 The IMA arises from the aorta at the third lumbar vertebra level. It travels down to the pelvis, dividing into several smaller branches serving the large intestine. The IMA is one of three major arteries that supply blood to the colon; the others are the superior mesenteric artery and the middle colic artery.

The IMA is important for the proper functioning the large intestine and regulates bowel movements. It is also a key structure in certain surgical procedures, such as colon resection and anastomosis.

In some cases, the IMA may be affected by diseases or conditions that affect blood flow, such as atherosclerosis or an aneurysm. These conditions can lead to reduced blood flow to the large intestine and may cause symptoms such as abdominal pain, diarrhea, and rectal bleeding.

The IMA is an important artery in the body because it supplies blood to the chest muscles, heart, and internal organs of the chest. It also plays a key role in certain surgical procedures, such as coronary artery bypass surgery, which bypasses blocked or narrowed coronary arteries.

During coronary artery bypass surgery, a section of the IMA is harvested and used to create a bypass around a blocked coronary artery, improving blood flow to the heart muscle. The IMA is often used for this purpose because it has a long and consistent blood flow and is resistant to blockages.

In some cases, the IMA may be affected by diseases or conditions that affect blood flow, such as atherosclerosis or an aneurysm. These conditions can lead to reduced blood flow to the chest muscles and internal organs and may cause symptoms such as chest pain or difficulty breathing.

Ischemia-modified albumin (IMA) is a protein in the blood that is modified in response to reduced blood flow to tissues, known as ischemia. IMA levels are elevated in people with ischemic conditions such as coronary artery disease, peripheral artery disease, and stroke. 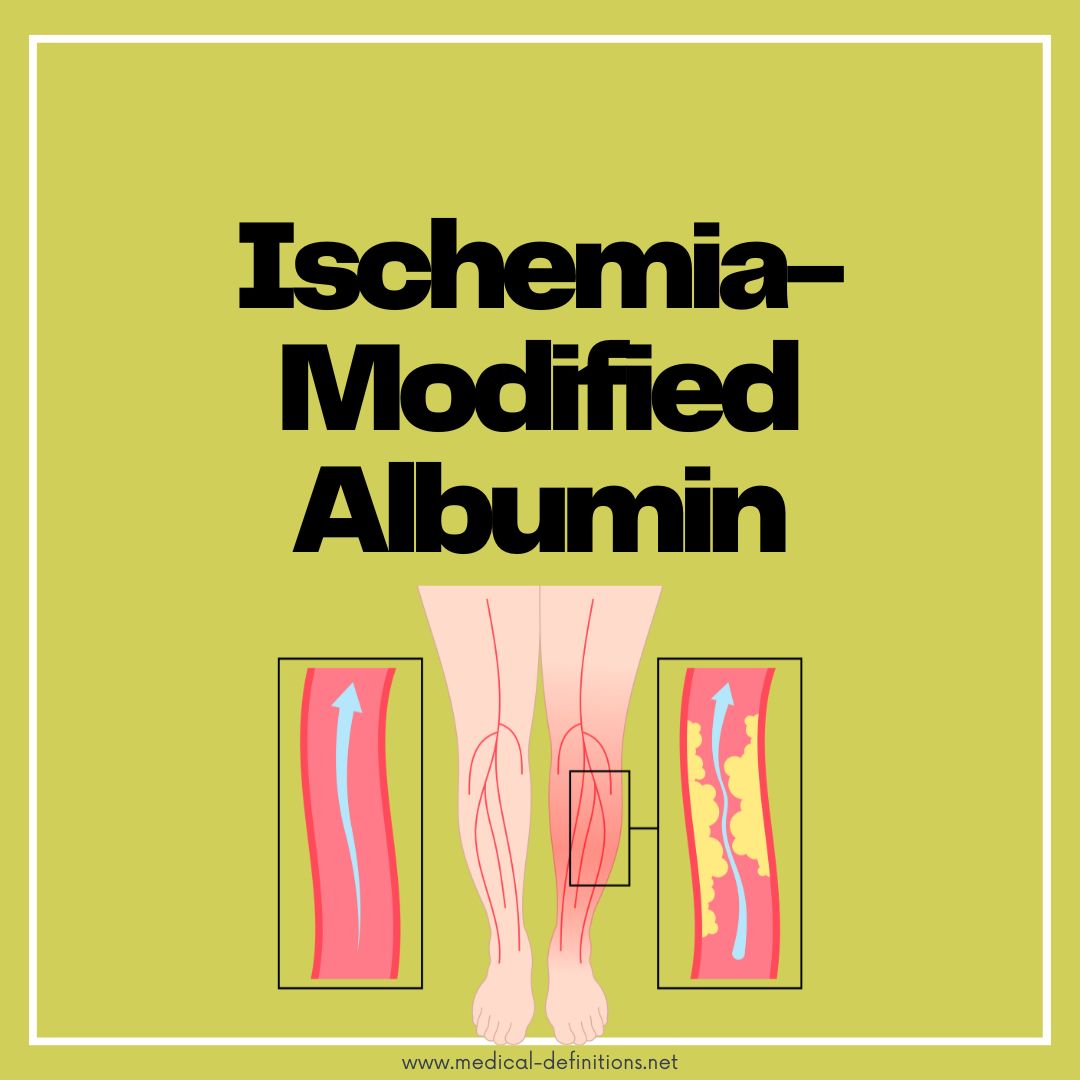 IMA is formed when the amino acid lysine in albumin, a protein found in the blood, is modified by a chemical reaction with the ischemia product, ischemic reactive oxygen species. This modification can be detected using a blood test, which measures the amount of IMA in the blood.

Elevated IMA levels strongly predict poor outcomes in people with ischemic conditions. For people with coronary artery disease, high IMA levels have been associated with an increased risk of heart attacks and death.

IMA levels can help diagnose and monitor ischemic conditions like coronary artery disease and stroke. They can also predict the risk of future events, such as heart attacks, in people with these conditions.

The IMA is typically measured using X-ray imaging or specialized foot imaging equipment. It is typically measured in degrees and is classified as either normal or abnormal based on predetermined cut-off values. An abnormal IMA may indicate a deformity or imbalance in the foot that can lead to foot pain or other problems.

Several factors can affect the IMA, including genetics, foot shape, and weight distribution. Abnormal IMA can be caused by conditions such as flat feet, high arches, or foot injuries. It can also be caused by footwear that does not support the foot properly.

Treatment for abnormal IMA may include specialized shoes or inserts, physical therapy, or surgery. In some cases, correcting the IMA can help alleviate foot pain and improve mobility.

Inferior meatal antrostomy (IMA) is a surgical procedure that involves creating an opening (antrostomy) in the inferior meatus, a small cavity in the nasal passages. The inferior meatus is located at the bottom of the nose, near the opening of the nasolacrimal duct, draining eye tears. 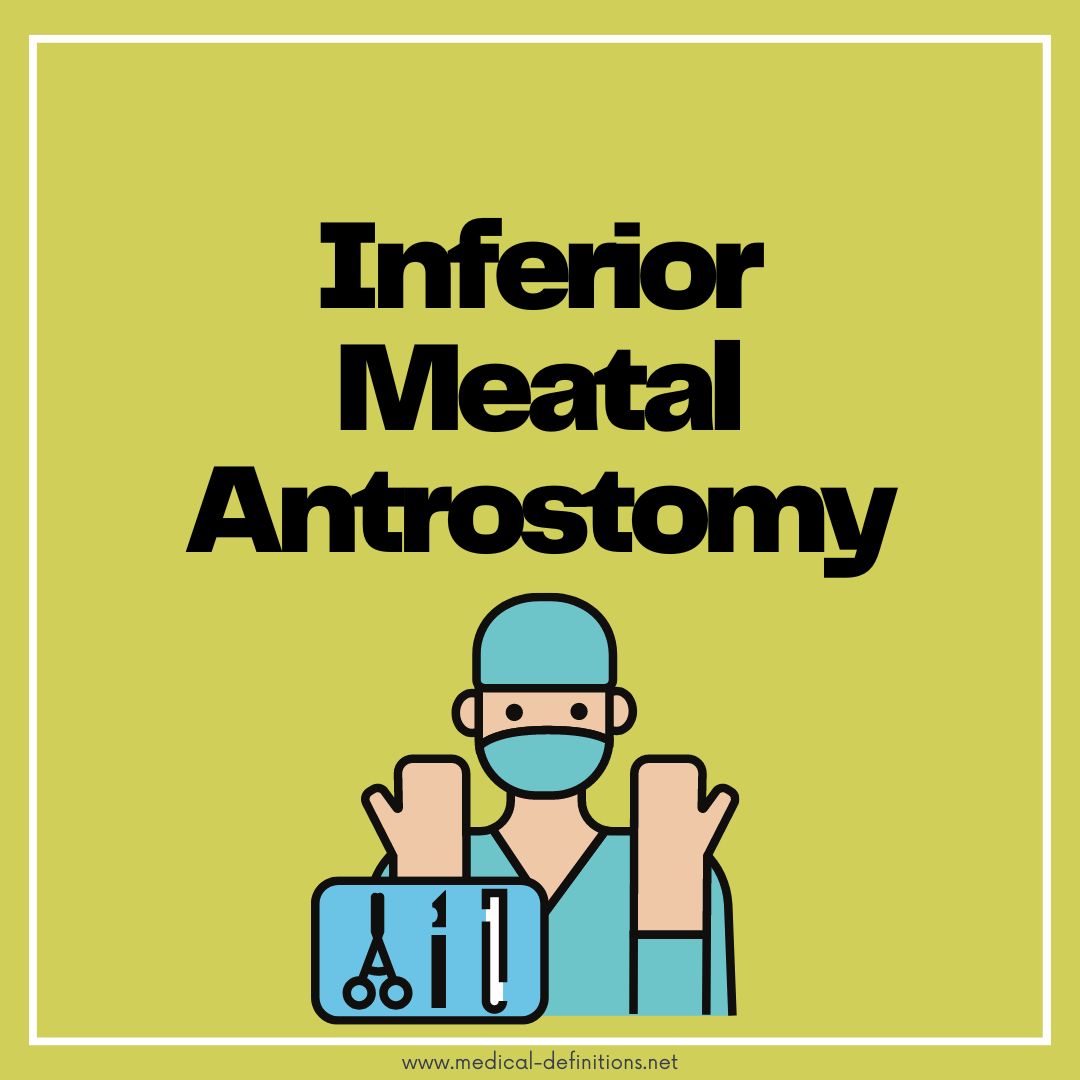 IMA is typically performed to improve drainage from the sinuses and relieve symptoms of sinusitis, a condition characterized by inflammation of the sinuses. It may be performed with other sinus surgery procedures, such as endoscopic or septoplasty.

During the procedure, the surgeon makes an incision in the inferior meatus and removes any blockages or obstructions that may be causing sinusitis. The opening is then left open to allow for better drainage of the sinuses.

IMA is generally well-tolerated and has a high success rate in improving sinus symptoms. However, as with any surgical procedure, there are potential risks and complications, including bleeding, infection, and scarring.

Thanks for joining us today to learn more about IMA medical abbreviation. Until next time, stay healthy!”