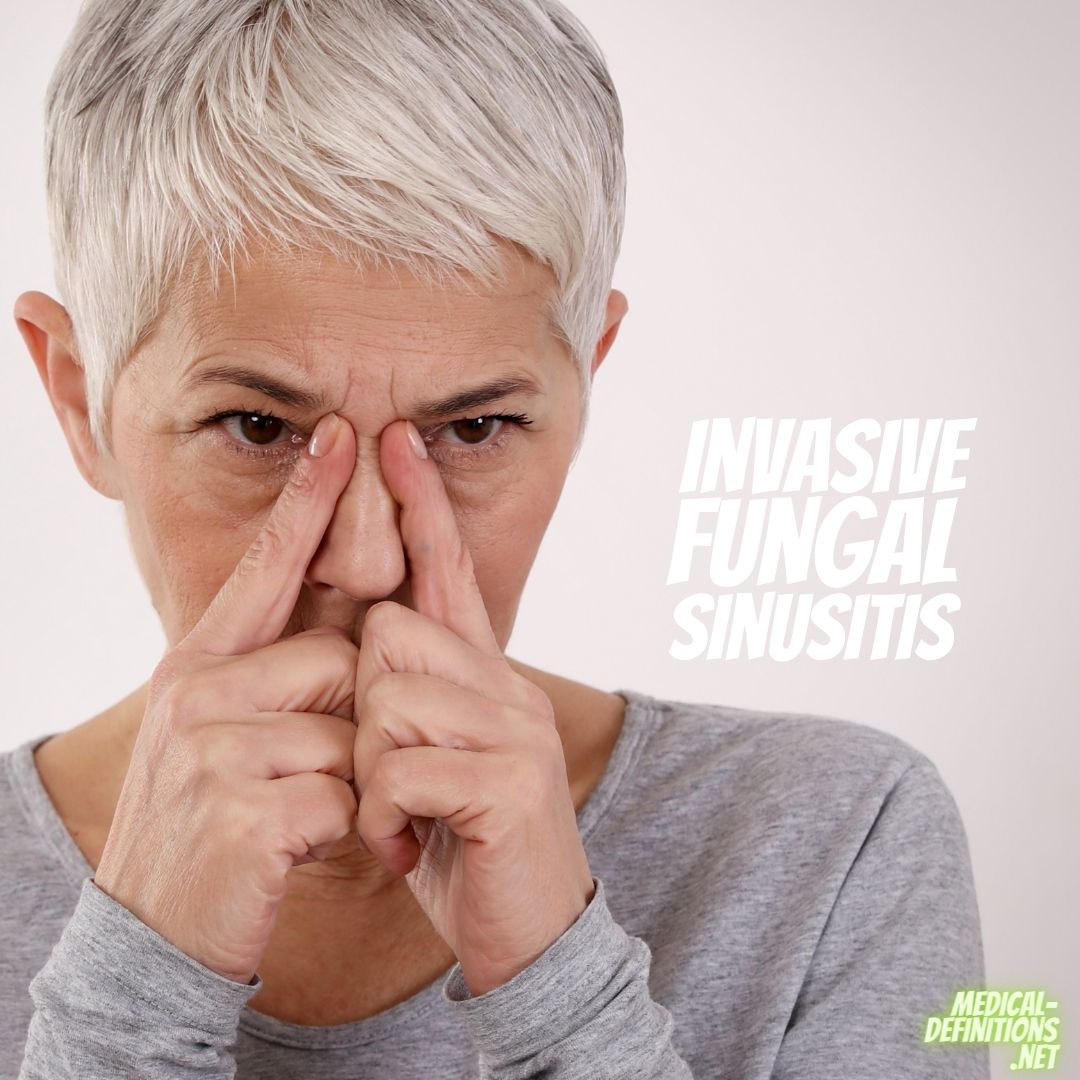 A black eschar usually diagnoses mucormycosis on the middle turbinates. However, this is not always the case and may not be visible if the infection is deep or high in the nasal bones.

A lot of the time, the mucosa looks normal or just pale and dry. This can also be seen on the hard palate. Early diagnosis requires suspicion of the disease and a nasal biopsy with silver stains, which show broad, non septate hyphae in the tissues and necrosis with vascular occlusion.

Signs and symptoms of invasive fungal sinusitis – The fungus spreads quickly through the bloodstream. If it isn’t found early, it could kill the person. Patients with mucormycosis almost always have some kind of immune system problem, like diabetes, long-term corticosteroid treatment, neutropenia from chemotherapy for hematologic cancer, or end-stage renal disease.

Aspergillus spp infections of the sinuses have been reported in people with HIV/AIDS who are not being treated. The first signs may be like those of acute bacterial rhinosinusitis, but the pain in the face is usually worse.

Most of the time, nasal drainage is clear or straw-colored, not pus-colored, and visual symptoms may be present even if there are no significant nasal findings.

When fungus gets into the sinuses and spreads, it’s a medical and surgical emergency. Once the infection is found, voriconazole can be given through an IV. Patients with a reversible immune deficiency should have wide surgical debridement immediately (e.g., poorly controlled hyperglycemia in diabetes).

Other antifungals, like amphotericin, amphotericin B (Ambisome), and caspofungin, are alternatives to voriconazole and may be added to it depending on the fungus. Even though surgery is necessary for any chance of a cure, it often causes a lot of disfigurement and loss of function (e.g., often resulting in the loss of at least one eye). Even if the problem is caught early and treated immediately, the prognosis is not good.

Careful thought should be given to whether or not to do aggressive surgery because many patients are already very sick when diagnosed, and the overall disease-specific survival rate is only about 57%.