LR stands for “left to right.” It is used in medical notes and documents to indicate the direction in which something is oriented or positioned. Some examples of how LR might be used in a medical context include:

The lumbar region, also known as the lower back, is the area of the spine between the rib cage and the pelvis. It consists of five vertebrae, labeled L1 through L5, the largest and strongest in the spine. The lumbar region is responsible for bearing much of the body’s weight and supporting the upper body’s movement. It is also an area prone to pain and injury due to its heavy load and the fact that it is relatively flexible compared to the thoracic (upper back) and cervical (neck) regions of the spine.

Problems in the lumbar region can be caused by various factors, including muscle strain, spinal stenosis (spinal canal narrowing), herniated discs, osteoporosis, and arthritis. Symptoms of lumbar region problems may include back pain, leg pain, numbness or tingling in the legs, and difficulty walking or standing for long periods. Treatment options may include medications, physical therapy, chiropractic care, and in some cases, surgery.

Lactated Ringer’s solution, also known as Ringer’s lactate or simply “Lactated Ringer’s,” is a type of intravenous (IV) fluid commonly used in hospitals and other healthcare settings. It is a sterile solution of water, electrolytes (such as sodium, potassium, and calcium), and small lactate. 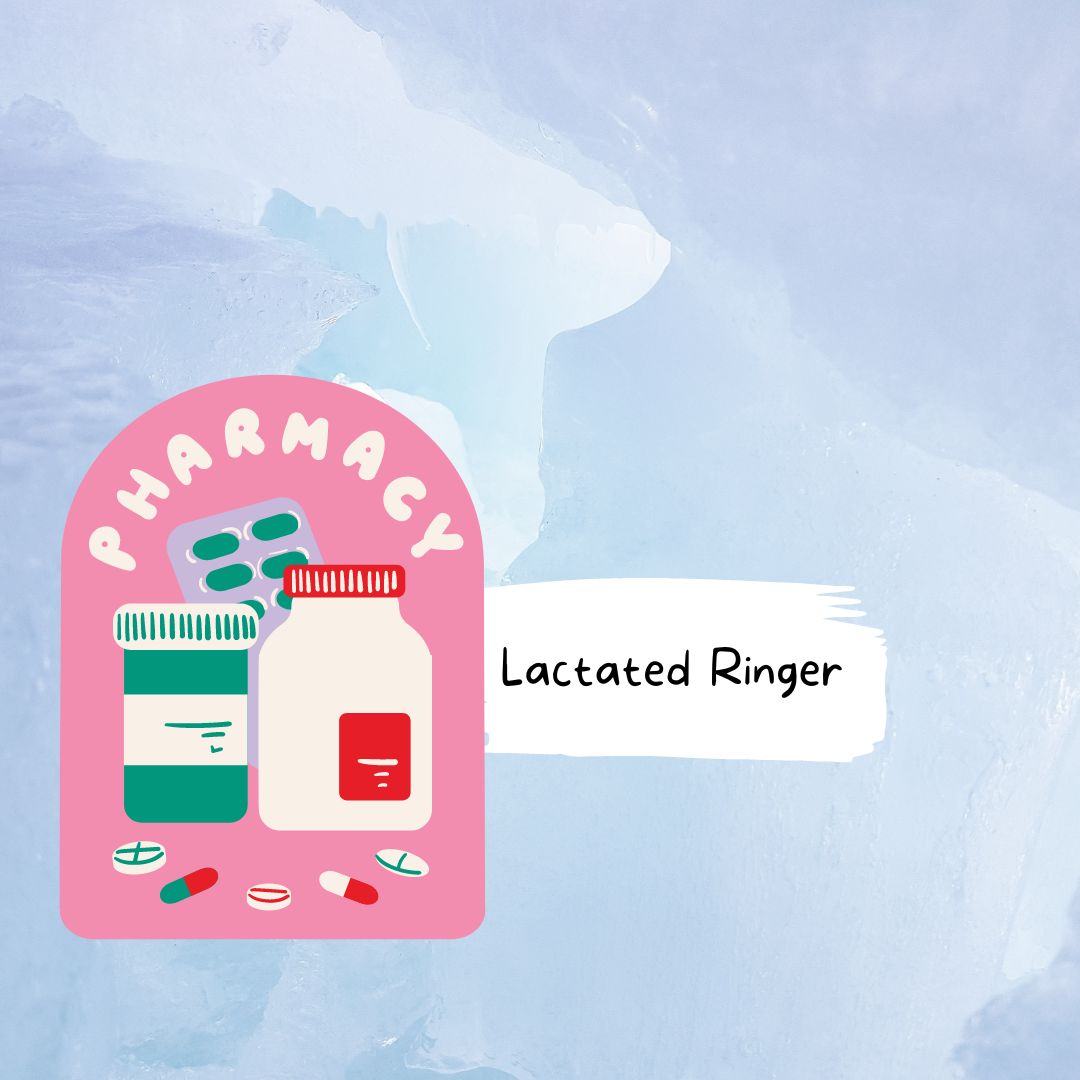 Lactated Ringer’s treats various conditions in which a patient is dehydrated or needs to receive fluids intravenously. These conditions can include acute diarrhea, severe burns, kidney failure, and other medical emergencies. Lactated Ringer’s is preferred over other IV fluids in some cases because it can help restore the body’s electrolyte balance more quickly and effectively than other solutions.

Lactated Ringer’s is administered through a vein using a small plastic tube called an IV catheter. The solution is typically given over several hours or days, depending on the patient’s needs. It is usually well tolerated, but in rare cases, it can cause allergic reactions or other side effects.

In summary, Lactated Ringer is an important tool in treating dehydration and other medical conditions requiring IV fluids. It is widely used in hospitals and other healthcare settings and has a good safety profile overall.

The lateral rectus muscle is important for maintaining proper eye alignment and allowing the eye to move horizontally. It works with the other extraocular muscles to allow the eye to move smoothly and accurately in all directions.

Problems with the lateral rectus muscle can lead to strabismus, a misalignment of the eyes. This can cause double vision and other vision problems. Various factors, including muscle weakness, nerve damage, or other underlying medical conditions, can cause strabismus. Treatment may involve glasses, eye patches, exercises, or surgery to correct the misalignment.

Leptin is a hormone produced by fat cells in the body and plays a key role in regulating appetite and energy metabolism. The leptin receptor is a protein found on the surface of cells that is responsible for detecting and responding to leptin.

When leptin binds to its receptor, it activates a signaling pathway within the cell, ultimately suppressing appetite and increasing energy expenditure. This helps to maintain a healthy weight and prevent obesity.

Leptin resistance, a condition in which the body becomes less sensitive to the effects of leptin, is thought to be a major contributor to obesity. In leptin-resistant individuals, the hormone is present at normal or even high levels, but the body cannot respond effectively. As a result, these individuals may always feel hungry and have difficulty losing weight despite having high body fat levels.

There is ongoing research into the role of the leptin receptor in developing obesity and related conditions, such as type 2 diabetes. Some studies have suggested that targeted therapies that improve leptin sensitivity may effectively treat these conditions. However, more research is needed to fully understand the complex relationship between the leptin receptor and metabolism.

Well, I hope you understand about LR medical abbreviation.