Squamous Cell Carcinoma of the Larynx Diagnosis and Treatment 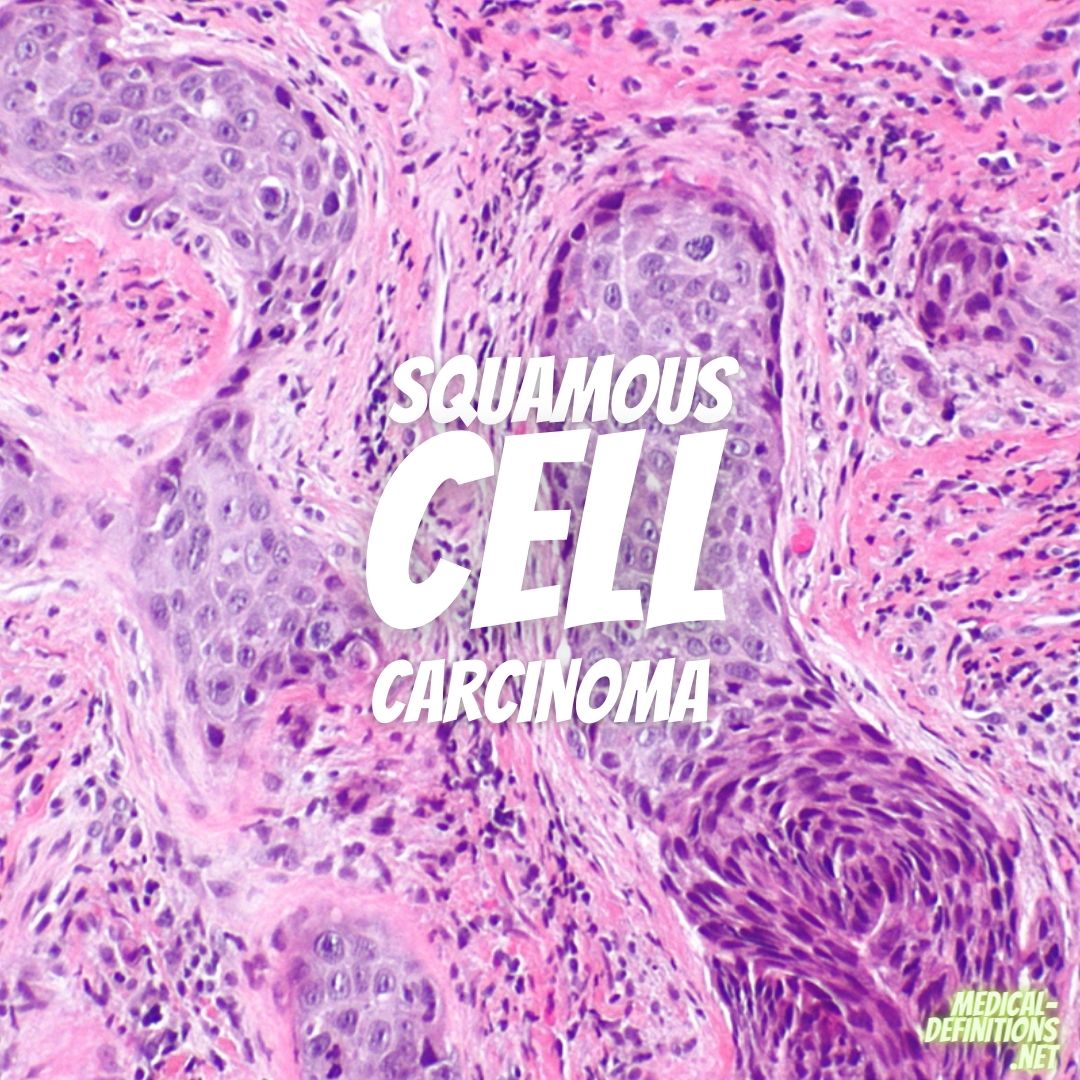 Signs and symptoms of squamous cell carcinoma of the larynx – Most of the time, the first symptom is a change in the sound of the voice, but it can also be throat or ear pain, coughing up blood, trouble swallowing, weight loss, or a narrowing of the airway. Because they affect the voice quality early on, glottic cancers are some of the smallest cancers that can be found in people, and early lesions are very treatable.

Any person with the concerning symptoms listed under diagnosis must have a full head and neck exam, including a laryngoscopy, done by an experienced doctor.

Radiological tests like CT or MRI can help determine a tumor’s size. Imaging looks at the neck nodes, the size of the tumor, and the hardening or breaking down of the cartilage. If there are level VI enlarged lymph nodes (around the trachea and thyroid gland) or level IV enlarged lymph nodes (below the cricoid cartilage along the internal jugular vein), or if a chest x-ray raises concerns about a second primary lesion or metastases, a chest CT scan is recommended.

Tests in the lab include a full blood count and biochemical tests on the liver. In addition, a formal cardiopulmonary evaluation may be needed if partial laryngeal surgery is being thought about. All candidates for a partial laryngectomy should have good to excellent lung function and a high tolerance for exercise because chronic microaspiration may happen after the surgery. When there seems to be advanced local or regional disease, a positron emission tomography (PET) or CT-PET scan may be used to look for metastases in other body parts.

The diagnosis is made by taking a tissue sample during a laryngoscopy, when the true fold mobility and arytenoid fixation, as well as the surface tumor extent, can be evaluated. In addition, most otolaryngologists recommend doing an esophagoscopy and bronchoscopy simultaneously to rule out a synchronous primary tumor.

Even if an FNA biopsy of an enlarged neck node has already been done, it is usually safe to assume that radiographically enlarged neck nodes (greater than 1-1.5 cm) or nodes with necrotic centers are neck metastases. Open biopsies of nodal metastases should be discouraged because they may cause more tumor treatments to fail.

The American Joint Committee on Cancer (AJCC) uses the TNM system to describe the size of a tumor and figure out how likely it is to spread. Early laryngeal cancers, called T1 and T2 lesions (stages I and II), affect 1-2 laryngeal subsites locally and do not spread to lymph nodes or cause major problems with the larynx. However, lesions on T3 and T4 may affect more than one part of the larynx and make it hard for the larynx to move.

These locally advanced lesions are either stage III or stage IV cancers, and any size tumor with regional nodal metastases is at least a stage III tumor. Lesions in stages I and II are usually treated with single-modality therapy, such as surgery or radiation. Lesions in stages III and IV, which are more advanced, are treated with multimodality therapy, which usually includes chemotherapy and radiation therapy.

Squamous Cell Carcinoma of the Larynx Treatment and Management at Home

Laryngeal carcinoma treatment has four goals: to cure, keep swallowing safe and effective, keep the voice useful, and avoid a permanent tracheostomy. Radiation therapy is the standard of care for early glottic and supraglottic cancers, which have cure rates of more than 95% and 80%, respectively.

Still, radiation therapy has a lot of side effects. Many early tumors (T1 and T2 lesions without involved lymph nodes) and some advanced tumors (T3 and T4) can be treated with a partial laryngectomy if at least one cricoarytenoid unit can be kept. With surgery, five-year local cure rates are over 80–90%, and patients are very happy with the results. Even when clinically No, a limited neck dissection is recommended after surgery to remove a supraglottic tumor because of the high risk of neck node involvement.

Advanced stage III and IV tumors are hard to treat because they are always changing. Before 1995, doctors often told these people to have a total laryngectomy. But a 1994 VA study showed that two-thirds of patients could keep their larynx with an initial treatment of cisplatin and 5-fluorouracil followed by irradiation alone in people who responded to the treatment. Studies done afterward have helped to define multimodal therapy even more.

Radiation therapy with chemotherapy based on cisplatin is better than either radiation alone or chemotherapy first, then radiation. The epidermal growth factor receptor blocker cetuximab has been shown to have the same benefits, but it has less overall systemic toxicity and is better tolerated by patients. But chemoradiation with cetuximab or cisplatin is linked to long-term trouble swallowing, requiring gastrostomy.

Due to the high rate of dysphagia and morbidity caused by severe laryngeal stenosis after chemoradiation, the role of extended but less-than-total laryngeal resection for certain advanced laryngeal carcinomas in which at least one cricoarytenoid unit is still intact has been reevaluated (organ preservation surgery). In addition, clinicians have noticed that, over the past 20 years, as organ-saving chemoradiation therapy has become more common, the overall success of treating larynx cancer has decreased. This is because of the late complications, and the overall success of treatment has gone down simultaneously.

Some experts think this drop is because advanced laryngeal cancer is no longer treated through surgery. However, as an alternative to chemoradiation, organ-saving surgery should be thought about and talked about. Still, the patient may need to be sent to a regional center where these techniques are offered.

After thoroughly evaluating the patient’s eligibility and discussing the treatment options, the patient’s choice is one of the most important factors in deciding whether surgery or chemoradiation will be the final treatment. In addition, different types of treatment have different early and late side effects and complications that the patient and treating clinicians need to consider carefully.

The outlook is very different if there is malignant adenopathy in the neck. Early and on both sides of the neck, supraglottic tumors spread to the neck, which must be considered in treatment plans even when the neck doesn’t seem to be affected. When the true vocal folds are mobile (T1 or T2), less than 5% of glottic tumors spread to lymph nodes. When a fold is fixed, the ipsilateral lymph node spread rate goes up to about 30%. Surgery, chemoradiation, or both are used to treat a neck that is affected. This will depend on what treatment is chosen for the larynx and how much the neck is affected.

Total laryngectomy is usually only done on people who have advanced resectable tumors that have spread outside of the larynx or are in the cartilage, on people who have a tumor that doesn’t go away after chemoradiation, and on people who have a recurrent or second primary tumor after previous radiation therapy. About 75–85% of people with a primary (or sometimes a secondary) tracheoesophageal puncture for voice rehabilitation can speak well enough to be understood. In-situ prostheses that are changed every 3 to 6 months are a common alternative to prostheses that are put in by the patient and need to be changed more often.

Head and neck cancer patients need to be checked up on for a long time. Aside from the 3-4% chance of a second tumor every year and the need to keep an eye out for recurrence, psychosocial aspects of treatment are common. For example, Dysphagia, trouble communicating, and changes in appearance can make it hard for a person to work and interact with others. Quitting smoking and giving up alcohol are also common problems. Still, about 65% of people with larynx cancer are cured, most can still speak well, and many can go back to work with some changes.

I hope you understand squamous cell carcinoma of the larynx diagnosis and treatment guidelines.