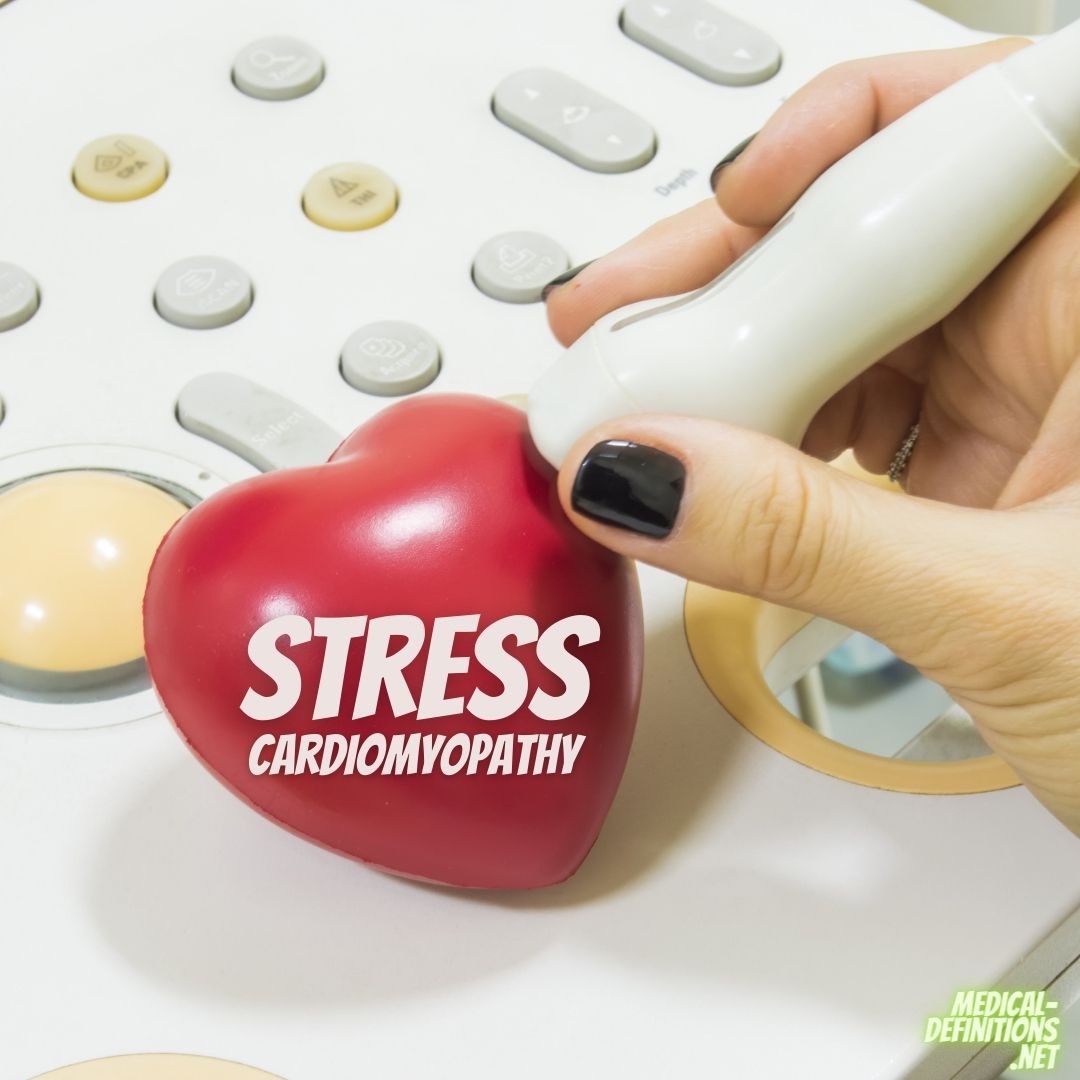 Stress cardiomyopathy also called “tako-tsubo syndrome,” usually happens after a high surge of catecholamines. The result is that the LV looks like a Japanese octopus pot with a round ampulla shape (Tako-tsubo pot). Some people have also talked about mid-ventricular ballooning. The most important thing is that the myocardial stunning that happens doesn’t look like it’s caused by coronary ischemia, even though about 15% of patients will have CAD, and some may have plaque rupture MI at the same time. Over two-thirds of patients say they have been through an emotionally or physically stressful event in the past. These events include hypoglycemia, lightning strikes, earthquakes, post ventricular tachycardia, alcohol withdrawal, surgery, hyperthyroidism, stroke, and emotional stress (broken heart syndrome).

Almost any event that makes the body make too many catecholamines has been blamed in many case reports. In rare cases, people have had pericarditis and even tamponade. There have also been talks about recurrences. In Western countries, up to 90% of the people who get it are women, mostly after menopause. There are more neurological and mental disorders in people with stress cardiomyopathy than in people with the acute coronary syndrome.

When people with COPD, migraines or mood disorders take beta-agonists, they may have a higher chance of having a bad outcome. At first, it was thought that the outcome would be good, but later studies have shown that short-term and long-term death rates are higher than thought. About 4-5% of hospitalized patients die during the acute phase, about the same as STEMI before primary percutaneous coronary interventions. Over the next year, about 10% of patients will have problems with their heart or nerves.

Parts of the central nervous system and the autonomic nervous system control how the body responds to stress. Acute stressors activate the brain, making cortisol and catecholamine more available to the body. As a result, the amount of circulating epinephrine and norepinephrine made by adrenal medullary chromaffin cells and the amount of norepinephrine made by sympathetic nerve terminals are significantly higher. This rise in catecholamines damage the myocardium in several ways, including direct catecholamine toxicity, adrenoceptor-mediated damage, epicardial and/or microvascular coronary vasoconstriction and/or spasm, and increased cardiac workload.

The fact that it happens more often in postmenopausal women suggests that the lack of estrogen may be a factor, possibly through endothelial dysfunction.

Signs and symptoms of stress cardiomyopathy: What are some symptoms?

The symptoms are the same as those of any sudden heart attack. Angina and shortness of breath are usually present. Arrhythmias are common, but syncope doesn’t happen very often.

The ECG shows an increase in the ST segment and a deep anterior inversion of the T wave. So, either the chest x-ray is normal or shows pulmonary congestion. Over time, the dramatic T-wave inversions slowly go away.

The echocardiogram shows LV apical dyskinesia, which is not usually linked to a specific coronary distribution. The urgent cardiac catheterization shows that the top of the LV is swollen, but the coronaries are normal. Initial levels of cardiac enzymes are good, but they usually go down quickly. MRI hyperenhancement studies almost always show no long-term scarring.

Immediate therapy is the same for any acute MI. Starting long-term therapy depends on how long LV dysfunction lasts. Most patients take aspirin, beta-blockers, and ACE inhibitors until the LV is fully healed. Even though beta-blockers are thought to be linked to high catecholamines, the use of ACE inhibitors or ARBs, but not beta-blockers, has been linked to better long-term survival. See Treatment of Heart Failure with a Reduced LVEF.

In a 2015 registry of 1759 patients, the rate of severe complications in the hospital, like shock and death, was the same for those with the acute coronary syndrome and tako-tsubo. Overall, the prognosis is good unless serious complications (such as mitral regurgitation, ventricular rupture, or ventricular tachycardia) exist. Most of the time, the LVEF will improve after a few days to weeks.

All patients with acute coronary syndrome should be seen immediately by a cardiologist for further testing and monitoring until the ventricular dysfunction is gone.

I hope you understand stress cardiomyopathy symptoms and treatment guidelines.