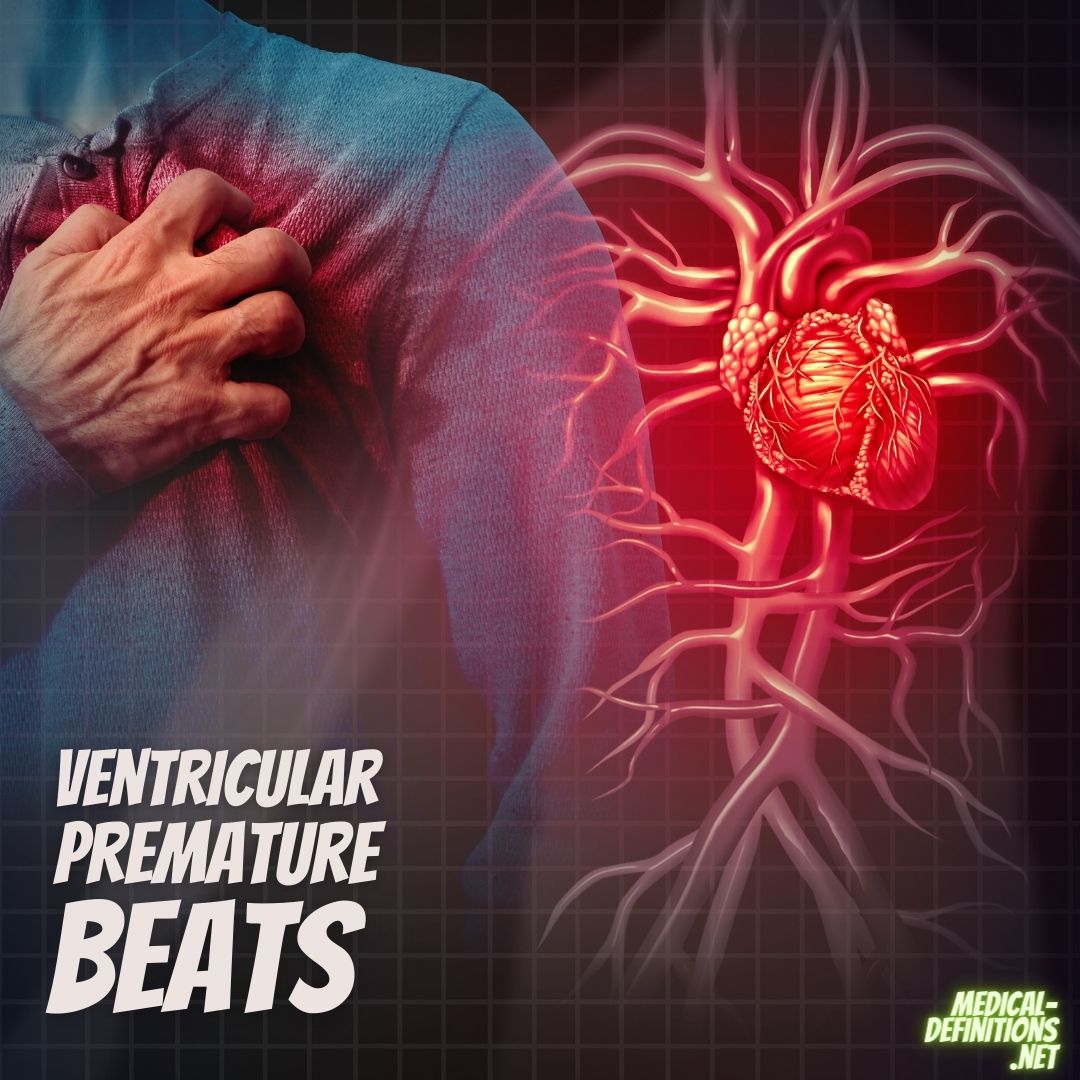 Ventricular premature beats, or PVCs, are single beats that usually start in the outflow tractor His-Purkinje regions of ventricular tissue. Most of the time, PVCs are harmless. However, they can sometimes cause ventricular tachycardia or ventricular fibrillation, especially in people with heart disease.

The irregular beat is usually felt as a skipped beat, which may or may not is felt by the person. Normal hearts usually stop beating too early after exercise, and the rhythm becomes regular. PVCs are marked by wide QRS complexes that look different from the normal beats of the patient.

Most of the time, there isn’t a P-wave before them, but sometimes there is retrograde ventriculoatrial conduction. Bigeminy and trigeminy are arrhythmias in which every other or every third beat is early. These patterns show that a reentry mechanism causes the ectopic beat.

Ambulatory ECG monitoring may find PVCs more often and are more complicated than a single routine ECG. In addition, more PVCs during exercise are linked to a higher risk of death from cardiovascular disease and should be looked into further.

If there is no other heart disease and the ectopic beats don’t cause any symptoms, there is no need for treatment. However, patients with mild symptoms or anxiety from palpitations may feel better if they are told that this arrhythmia is harmless.

If PVCs often happens (in a bigeminal or trigeminal pattern), it’s important to rule out electrolyte problems (especially hypokalemia or hyperkalemia and hypomagnesemia), hyperthyroidism, and hidden heart disease.

A patient should also get an echocardiogram if ambulatory ECG monitoring shows that they have more than 10,000 PVCs per day. Drug treatment is only needed for people with symptoms or who develop cardiomyopathy, which is thought to be caused by a high burden of PVCs (usually more than 10% of daily heartbeats). As a first-line treatment, beta-blockers or nondihydropyridine calcium channel blockers are good.

The class I and class III antiarrhythmic agents may work to reduce PVCs, but they are often hard to take and can make up to 5% of patients’ PVCs worse. Catheter ablation is a well-known treatment for people with symptoms who don’t get better with medicine or for people whose ectopic beats have caused cardiomyopathy.

Patients with PVCs who don’t feel better after the first treatment or with no symptoms but who have a daily PVC burden of more than 10% on ambulatory ECG monitoring should be sent to a cardiologist or cardiac electrophysiologist.