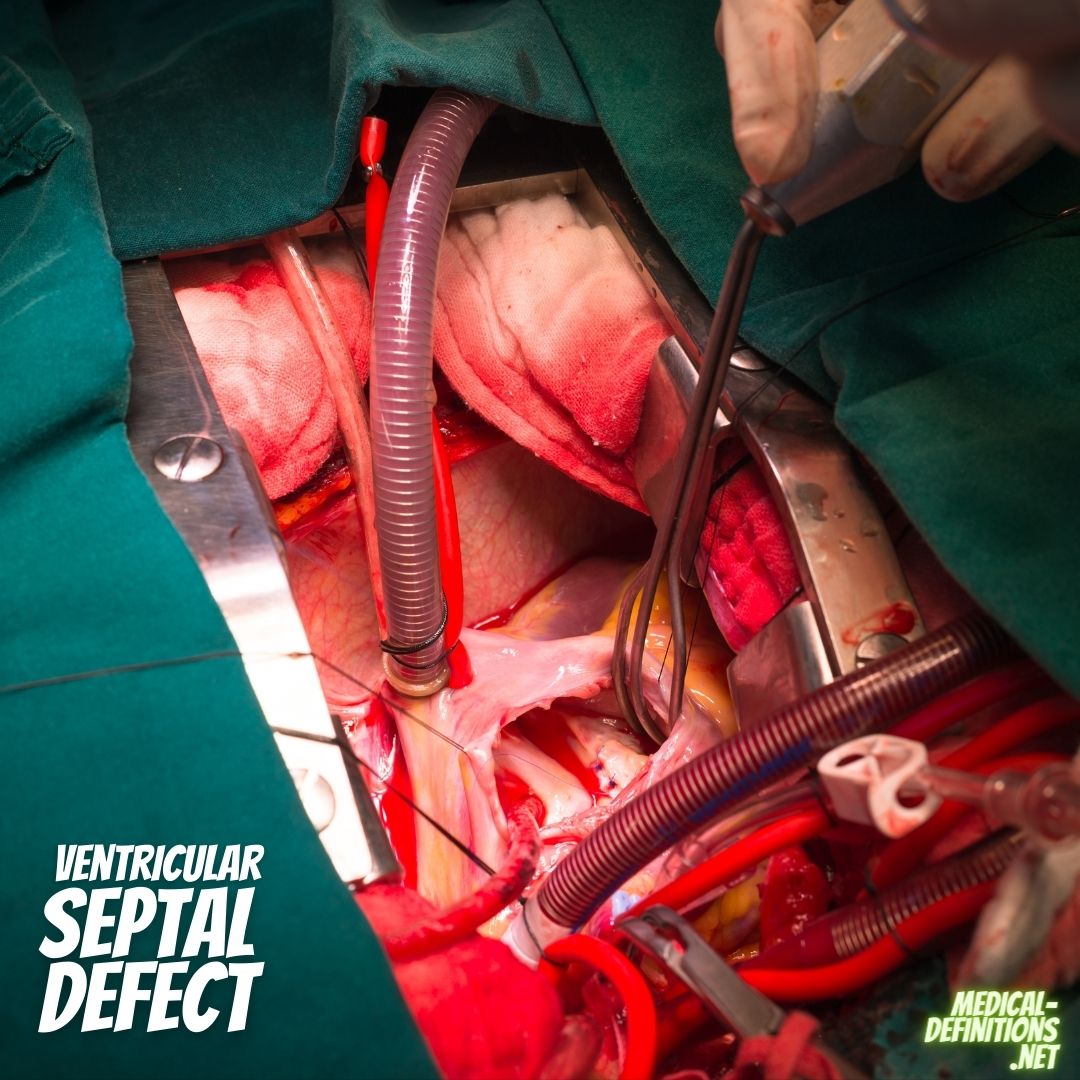 What causes ventricular septal defect? Most of the time, a VSD is caused by a problem with the heart that was there when the person was born. However, some people’s hearts already have holes when they are born.

Different parts of the ventricular septum can have congenital VSDs. As a child grows and the septum thickens, membraneous and muscular septal holes may close independently. There is a left-to-right shunt, the amount of which depends on the systolic RV pressure.

The higher the gradient from the LV to the RV and the louder the murmur, the smaller the defect. How it looks in adults depends on the size of the shunt and whether or not there is pulmonic or sub pulmonic stenosis that has protected the lung from the pressure and volume of the whole body.

Signs and symptoms of the ventricular septal defect – The symptoms depend on the size of the hole and whether or not the RV outflow is blocked or the PVR is high. Small shunts cause loud, harsh holosystolic murmurs in the third and fourth interspaces on the left side of the sternum. A systolic thrill is usually felt. Larger shunts can cause both LV and RV too much volume and pressure.

High-pressure pulmonary valve regurgitation may happen if someone has pulmonary hypertension. Late in the course, right heart failure may show up gradually, and the shunt will start to even out or reverse as the RV and LV systolic pressures even out. This happens when pulmonary hypertension starts to show up. Then, if a right-to-left shunt is getting worse, cyanosis could happen. Eisenmenger syndrome is characterized by cyanosis, high blood pressure in the lungs, and a hole in the heart.

Depending on the size of the hole and the PVR, the ECG may be normal or show right, left, or biventricular hypertrophy. With large shunts, the LV, the LA, and the pulmonary arteries are all bigger, and chest x-rays show that the pulmonary blood flow is higher. Until late in the process, the RV is usually normal.

If pulmonary hypertension (PVR) worsens, the PA gets bigger, and the distal pulmonary vascular bed thins out. In rare cases of a VSD high in the ventricular septum, an aortic cusp (right coronary cusp) may prolapse into the VSD, reducing the VSD shunt but causing acute aortic regurgitation and acute heart failure.

Echocardiography can show how big the overloaded chambers are and can usually show the shape of the defect. Doppler can get a rough idea of how much shunting is happening by looking at the difference in pressure from the LV to the RV. If there is tricuspid regurgitation, the RV systolic pressure can also be estimated. The septal leaflet of the tricuspid valve may be a part of the anatomy of a VSD, and the whole thing looks like an “aneurysm” in the ventricular septum.

These membranous septal aneurysms look like a “windsock,” They may rupture and cause a VSD shunt or stay intact. Colors move Doppler can tell how bad the shunt is and whether or not there is valvular regurgitation. MRI and cardiac CT scans can often show the problem and describe any other abnormalities in the body. MRI can provide quantitative shunt data as well.

Cardiac catheterization is usually only done on people with at least moderate shunting to measure the pulmonary vascular resistance (PVR) and the level of pulmonary hypertension. The 2018 adult congenital heart disease guidelines say that a VSD should be closed even if there is some pulmonary hypertension if there is still at least a 1.5:1 left-to-right shunt and the PVR is less than one-third of the systemic vascular resistance and the PA systolic pressure is more than one-half of the systolic aortic pressure.

Suppose the PVR/systemic vascular resistance ratio or the systolic PA pressure/systolic aortic pressure ratio is more than two-thirds, or there is a net right-to-left shunt. In that case, closing is not a good idea.

During catheterization, agents like inhaled nitric oxide can be used to test the vasoreactivity of the pulmonary circuit. The AHA/ACC guidelines say that a repair is reasonable if the pulmonary pressures can be lowered enough and the above ratios fall below the two-thirds value. The left-to-right VSD shunt is more than 1.5:1.

The 2020 ESC guidelines don’t focus on the pulmonary to systemic systolic BP ratio but on the pulmonary pressure and the PVR. A PVR of 5 Wood units or more is considered inoperable if pulmonary vasodilators can’t bring it down below that value. Both guidelines give patients with Eisenmenger syndrome a class I indication for the drug bosentan, which is an endothelial receptor blocker that lowers the pressure in the lungs.

People with a small VSD have a normal life expectancy but a small chance of getting infective endocarditis. Antibiotic prophylaxis is only recommended after dental work if the VSD is left over from a previous patch closure or if there is pulmonary hypertension and cyanosis simultaneously. Large VSD shunts can cause heart failure early in life, and it is rare for a person to live past age 40 without medical help.

Patients with no symptoms and small shunts (pulmonary-to-systemic flow ratio of less than 1.5) do not need surgery or any other treatment. The pulmonary circuit may be protected when there is RV infundibular stenosis or pulmonary valve stenosis. This means that some patients with a big VSD may still be able to have surgery as adults if they don’t have pulmonary hypertension.

The percutaneous devices are also approved for closing a VSD caused by an acute MI, but the results have not been good in this very high-risk patient group. In cases of acute MI, the devices have also been put across the ventricular septum during surgery to help provide a firm base on which to sew a pericardial patch. This is because the VSD in acute MI is often accompanied by widespread necrosis and multiple serpentine pathways. In addition, a new percutaneous method has been described in which the two sides of the device are sewn together through the subxiphoid approach.

The medicines used to treat pulmonary hypertension caused by a VSD are similar to those used to treat idiopathic (primary) pulmonary hypertension. They can sometimes be very effective at relieving symptoms and reducing the amount of cyanosis. All people with a right-to-left shunt should have filters put on their intravenous lines so that any contamination or air bubbles don’t spread throughout the body.

All people with a VSD should be sent to a cardiologist specializing in adult congenital diseases to determine if they need long-term monitoring or more tests.